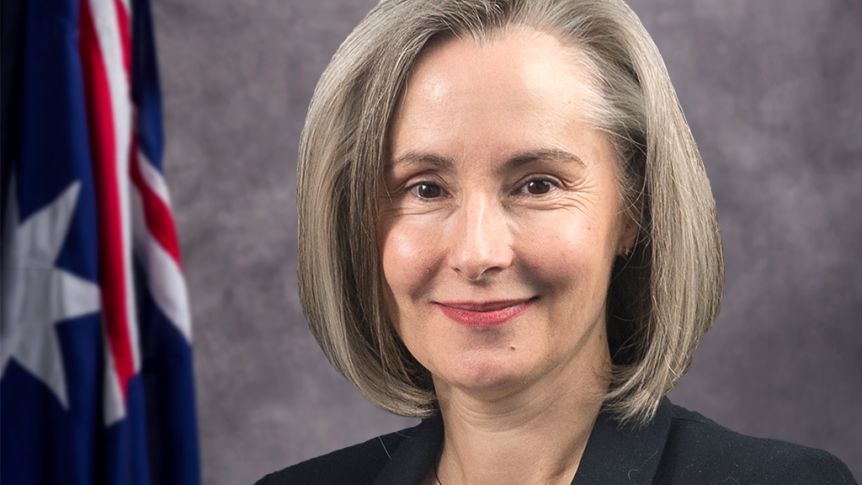 Australian Signals Directorate director Rachel Noble… “Not all Australians are the good guys”.

“It was a redirection of the government’s spyforce to our own people. It was one giant leap towards the kind of governments they have in Russia and China. To put it as mildly as I can, it was an outrage,” writes “The Gadfly” columnist ROBERT MACKLIN.

SITTING proudly on the desk of my Canberra study is a framed medallion of the Australian Signals Directorate bearing its motto, “Reveal their secrets, Protect our own”. It was presented to me in 2015 by the then director of the ASD, Dr Paul Taloni.

It followed the time we’d spent together during the research for my opus, “Warrior Elite”, the fascinating history of our special forces and the intelligence agencies since World War II. It’s one of three of my works recently acquired by Australia Post and now on sale in post offices throughout the country.

Dr Taloni brought a refreshingly mature approach to the information surrounding the ASD; but of one aspect he was utterly inflexible: the secrets in question were those of other countries, and those to be protected were Australia’s. The very idea that the ASD would use its enormous power and expertise to spy on Australians was anathema. It was also against the law.

So, when a successor, the eponymous Rachel Noble, foretold a turnaround to the policy on grounds that “not all Australians are the good guys”, this was no minor adjustment to meet the exigencies of terrorist activity in our country – of which we are blessedly free. Rather, it was a redirection of the government’s spyforce to our own people. She was changing the very nature of Australian governance. It was one giant leap towards the kind of governments they have in Russia and China.

To put it as mildly as I can, it was an outrage. Yet we heard virtually nothing from the federal Opposition, let alone the media charged with maintaining the kind of open and free Australia we know and love.

Of course, when challenged, Ms Noble will tell us how careful she will be to focus the ASD on those few “not good guys” among us. That’s what spymasters do, before they quietly extend the definition of what constitutes a “not good guy” until it becomes meaningless.

Then, since the ASD is spying on Australians anyway, the next obvious step is to make it an arm of ASIO and the AFP; after all, it’s their job to protect us from home-based espionage and terrorist activities so why not make it official.

After that, it’s simply a tool in the hands of a Himmler, a Beria, or an Australian equivalent (can’t think who that would be) to do his worst. And if anyone squawks, that probably means they need special attention because, the government will say, if you’re not doing anything wrong, you’ve got nothing to fear.

But if that’s the case, why is this government so afraid of a national ICAC to detect and reveal official corruption?

PM Scott Morrison promised to create such a body two years ago. Since then, all we’ve heard from him and his Attorney-General Christian Porter is a series of excuses about how terribly difficult it all is to “find the right balance” so the new body doesn’t go “off the rails” and actually embarrass someone in parliament. And, as usual, Labor is sitting on its hands.

Finally, the independent Helen Haines announced that she’s drafting her own Bill with another independent, Zali Steggall lined up to second it. But without major party support, it has about as much chance of becoming law as Radish has of winning the Melbourne Cup.

So, what is it that so worries its opponents? After all, if they’re not doing anything wrong, they’ve got nothing to fear.