Bill and Christine Cole mark 30 years helping Canberrans through loss and grief. This is a sponsored post.

FOR many people, meeting Bill and Christine Cole for the first time is most likely during a time of grief and crisis.

This kind-hearted couple – principals of William Cole Funerals – has seen much of Canberra cry, and supported thousands of locals in their time of deep sorrow.

Their dependable, compassionate approach in arranging funerals has seen them organise more than 17,000 services for the loved ones of Canberra. This month, the former high-school sweethearts, with their children and grandchildren, mark the 30th anniversary of their Belconnen-based funeral home.

Proudly independent, it is run by Bill, Christine and their team, which includes daughter Judy and her husband Naithan, son David and more recently, their two teenage granddaughters.

It might not be a job that many of us could do, but for Bill, being a funeral director was a calling.

“I always wanted to be a funeral director, even when I was in high school,” he says. “But I didn’t know why.

“I read a book called ‘The Loved One’ by Evelyn Waugh, which was a satire about US funeral homes. I loved it and then started reading all I could find on the subject.”

“You had it in your genes,” says Christine, explaining that years later they discovered Bill’s great-grandfather was a funeral director in Laura, a regional town in SA.

As one of only two remaining family-owned funeral homes in Canberra, Bill says that what they offer is the personal touch and choice for families, which has by and large been lost at the multinational-owned funeral homes. Many may still retain their family business names but are under large corporate ownership with shareholders to satisfy, says Bill.

Stability is an important part of the business, and Bill says that he couldn’t do without his team of 15 who have been with them for many years, including funeral consultants Helen and Richard who have worked with the Coles for six and 12 years respectively.

The 30th anniversary is a testament to the firm’s ability to provide a personalised, empathetic and understanding service time after time for all different styles of funerals and farewells for civil services and all faiths.

Bill and Christine met as teenagers in their school performance of “Oklahoma” at Berkeley High School in Wollongong. Christine had recently emigrated with her family from the UK and remembers Bill as the “cute 16-year-old boy” who said hello to her during rehearsals.

They’ve been an item ever since, marrying in 1973 and moving to Canberra the day after their wedding to start work on their newly-acquired milk run. Bill and Christine delivered milk to households in the Holt area in the early mornings for many years, with Christine delivering up until she was seven months pregnant with their daughter, Judy.

They worked hard with two jobs each to save up for their first home.

Bill’s calling to work in the funeral industry was still strong, and he finally landed a job at a funeral home, working there for almost three years.

But Bill believed strongly that he could do better out on his own and decided to start his own business, driven to give families better choice and service.

“He came home one day and announced he wanted to leave his workplace and start our own funeral home. At the time I was apprehensive, but I told Bill I would support him,” says Christine.

“It was just Christine and me in the early days,” recalls Bill of their fledgling business, located at that time in Mitchell.

“At the beginning, I doubted if I could do it as I had never experienced a major death in the family,” says Christine.

But Christine says she found her passion by helping people in their time of grief, using her talents to provide an organised, calm approach to planning a funeral with the families she met.

“I learnt by watching Bill and when he was unavailable I would step in to arrange funerals with families. I have done hundreds of them over the years,” says Christine who now manages the front desk.

Although there are many tears shed behind the scenes, and Bill confesses to being a “big softie”, Christine says that they decided early on that they would remain calm and supportive for the family members and refrain from crying in the services. They say it’s important to respect and honour their families’ experience of grief.

Friendships have been formed out of these strong connections that Christine and Bill have made over the years.

Christine says that 10 years ago, they worked with a lovely couple who had lost their teenage son to suicide. They became good friends and went on an overseas holiday together on the first anniversary of his death.

“We feel privileged that families put their trust in us,” says Christine.

“People tell us that they feel comforted and that arranging a funeral was less difficult than they had thought it would be,” says Bill.

“We want them to feel that they got more than what they wanted and everything was spot on.”

As Bill and Christine started conducting more funerals and receiving more referrals, their business grew and they moved to their current premises on Nettlefold Street, Belconnen, in 1997, which features a light-filled non-denominational chapel, The Bluegum Chapel.

While new technology has allowed them to add more elaborate audio visuals to services, Bill says the basics of funerals have remained the same over the years and the way we grieve and experience the loss of a loved one hasn’t changed.

“We see a lot more civil services these days,” says Bill who has also officiated at many funerals as the celebrant over the years, including his mother’s funeral.

Bill and Christine love that they are able to work with their children and the family provide great emotional support to each other by being able to debrief together over a cup of coffee or go out for breakfast.

Judy, who, like Bill, knew her calling from a young age, joined her parents after finishing high school and completed her embalmer’s qualifications as the youngest female embalmer at the time.

Son David moved back to Canberra last year and rejoined the family business full-time as an assistant funeral director. Granddaughters Bronte and Ella help Christine on the front desk when their university schedules allow.

Always being available via phone at any time of the day or night, they know all too well the need to be on call for families no matter what time of day.

“People have always been able to reach me,” says Bill.

“A lot of acquaintances will call me directly when someone in their community or family has passed away.”

What has Bill’s experience taught him?

“Life can change in an instant. Some families go through a lot of tragedy but somehow I think to myself: ‘That won’t happen to me’. It’s a way for me to deal with what I do and have the strength to help others when they need me.” 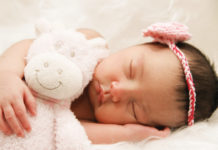 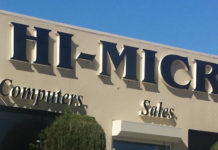 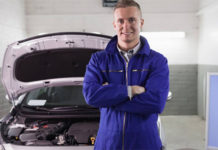 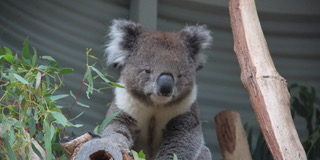