THREE new cases of COVID-19 in the past 24 hours has taken the total to 103 infections with more than half – 59 – having recovered. 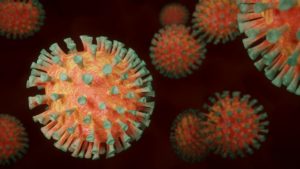 The new cases are two women and one man, aged between 26 and 51. One is a close contact of a previous confirmed case and two are under investigation.

There are currently four COVID-19 patients in Canberra hospitals and the remainder are isolating at home with ACT Health support.

ACT Health says there are three cases under investigation and it is awaiting further test results before it can determine their status.

Two people – and man and a woman – have died from coronavirus.

The number of negative tests in the ACT is now more than 6000 and, with demand for testing from returned overseas travellers and close contacts of confirmed cases dropping further, ACT Health says it is increasing the number of random tests on other symptomatic people.

Acting ACT Chief Health Officer Dr Vanessa Johnston said the extra testing, added to the surveillance already in place, was to try and identify potential community transmission in the ACT.

“Community transmission is when we start to see a large number of locally acquired cases where a direct source of exposure cannot be identified,” Dr Johnston said.

“Although we still have three cases under investigation we have not seen any evidence of this so far in the ACT. This is despite actively looking for it by testing members of the community who have no history of overseas travel or contact with known confirmed cases.

“For several weeks this group has included symptomatic healthcare and aged-care workers, as well as people who live and work in high-risk settings. Since Monday [April 6], this has also included a random sample of people who present to designated clinics who are symptomatic but do not otherwise meet the criteria.

“With some extra capacity created by declining demand for testing from groups that meet the criteria, we are now increasing the number of random tests to give us an even better view of potentially unidentified cases.”

Nichole Overall - May 23, 2020
0
"Eden-Monaro has long been something of a 'media tart', but its looming by-election is history unfurling before our eyes," writes columnist NICHOLE OVERALL.