When people sell their biggest asset – their home, it requires a lot of trust, something that real estate expert Philip Kouvelis says he’s earnt over his long career. This is a sponsored post. 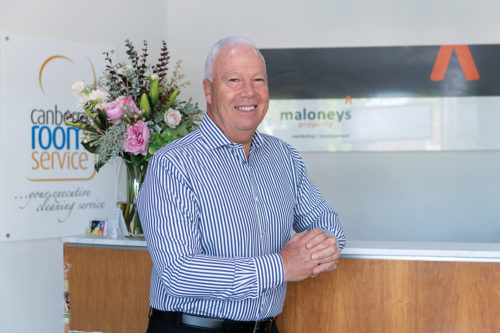 With more than 47 years’ experience in the real estate industry, Philip, who always gives his clients 100 per cent, says the name Philip Kouvelis has become a trusted household name.

And, after moving to the Kingston-based real estate agency, Maloney’s Property, last year, he says he’s as energised and focussed as ever on flexing his property muscles, getting out from behind the desk and working with his clients to get them the best sale result.

Now he’s not running his own business, Philip loves spending more time in the field and selling properties all over Canberra.

“I am looking for new business anywhere in Canberra, not just the Kingston area and am very happy to meet with people to discuss their situation, with no obligation,” says Philip, who has sold more than 1000 homes since the start of his career.

But, he says he’s never lost sight of the importance that people are trusting him to sell their biggest asset.

“It’s humbling for me to be invited into people’s homes and discuss their plans with them. It’s something I have always valued,” he says

“For me, it’s all about working with people and bringing them together to create a deal. It’s the success of putting a deal together is what drives me.

“Some might take longer than others but there’s nothing better than handing the keys over at the end of the deal.”

Philip says being invited by people to come back and handle the sale of their future properties is a big compliment and testament to his professionalism.

“I’ve always approached people on a personal level [and] am on their side,” he says.

As a justice of the peace and auctioneer, Philip says he loves giving back to the community and has helped raise about $2 million in his role as a charity auctioneer.

He was also awarded Real Estate Institute ACT’s auctioneer of the year, three times, and, having been brought up in Canberra, lives and breathes the local lifestyle and community, is an avid fan of golf, horse racing and keeps physically fit and sharp-minded with regular lake walks, bootcamps and tackling the gruelling Red Hill steps on Mugga Way every week.

Philip’s recently moved to Kingston to be within walking distance of Maloney’s office but admits to not being an office person, saying he’s much happier out in the field, looking for, listing and selling properties.

He says he’s no stranger to innovation, having sold a property last week via Facetime to buyers in France!

The Canberra market is currently very active, according to Philip, who says Canberra has been able to be resilient during tough times such as the GFC, bushfires and COVID-19.

“The Brindabella ranges seem to protect Canberra [from] a lot of problems that affect the rest of the country,” he says.

“We have strong employment and it’s a credit to government that we have remained strong over many years.” 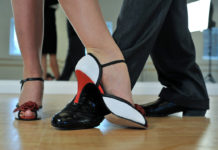 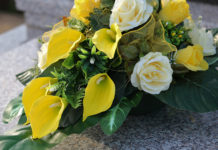 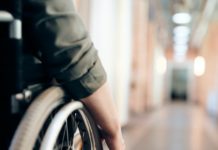