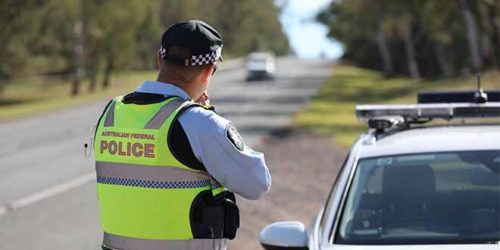 A MAN wanted on an outstanding warrant was caught doing 40km/h over the speed limit in Aranda last night (October 29).

The 24-year-old man was detected speeding in an Isuzu truck going 120km/h in an 80km/h zone on William Hovell Drive, at about 8pm.

When police stopped the truck, police checks found the driver’s license had been suspended, and that the driver had an outstanding warrant, and was arrested.

He was also found drink driving and returned a breath analysis of 0.118.

The man will face the ACT Magistrates Curt charged with driving while suspended, speeding and drink driving.

A couple of hours earlier, a 20-year-old man was stopped by police in Calwell, at about 5.55pm, in an unregistered VW Golf. The Golf was bearing number plates that had been issued to another vehicle owned by the driver, a Ford territory.

Police checks then revealed the driver had been issued an immediate suspension notice for drink driving on September 27. The driver later admitted he had been disqualified from driving at court yesterday morning.

The man will face charges of driving while disqualified, using an unregistered and uninsured vehicle, and using false number plates calculated to deceive.

CityNews - November 26, 2020
0
From 9am on Wednesday (December 2) venues will be allowed double as many people, according to ACT chief health officer Dr Kerryn Coleman. But there's a catch.