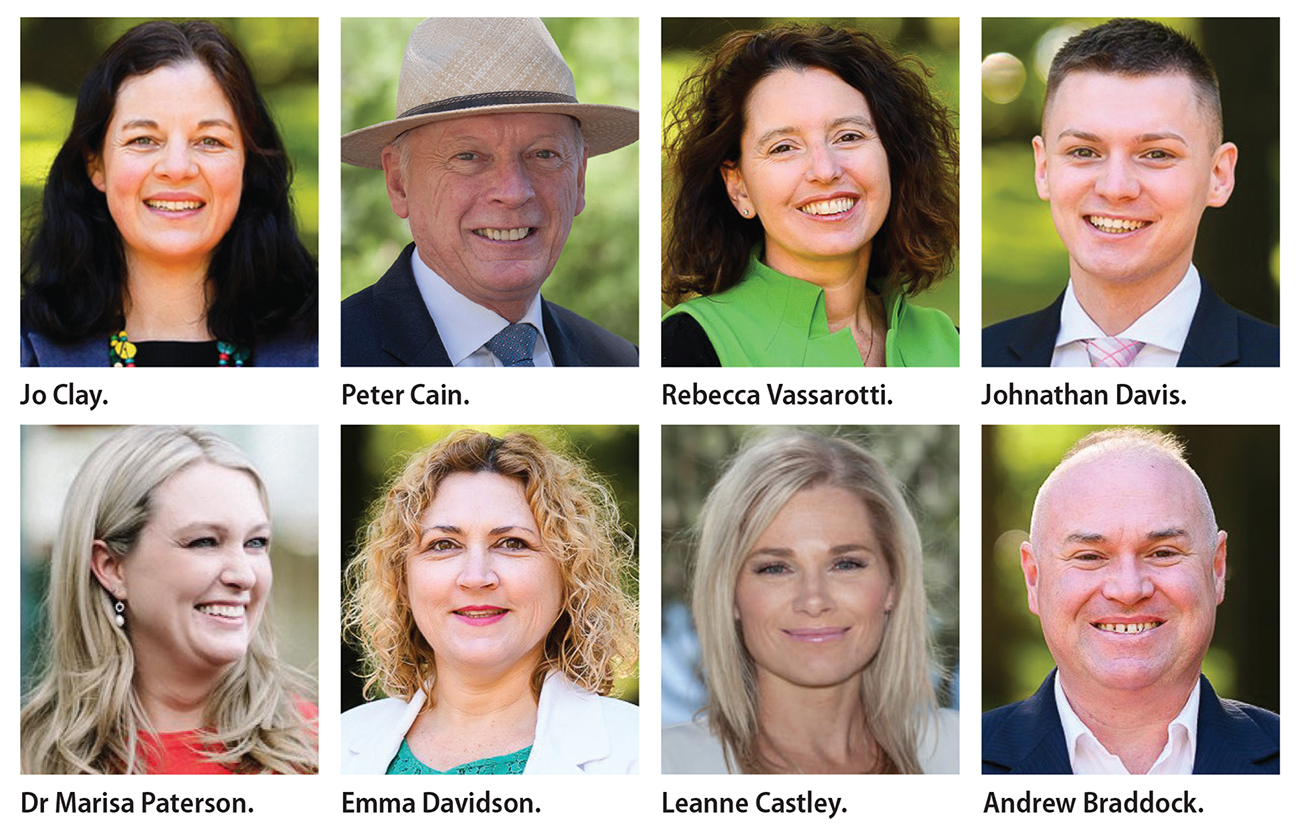 THE ACT election was groundbreaking in more ways than one: the first territory poll fought during the covid pandemic, a record 70 per cent of people chose to pre-poll, and female representation in the chamber has now increased to 14 of the 25 seats.

The election threw up some surprising results. Along with the defeat of a handful of sitting members, it ushered in some new faces and among them some interesting characters with diverse backgrounds.

Ginninderra voters have delivered Greens’ candidate Jo Clay, the carbon-obsessed former lawyer and climate-change activist, a seat in the Assembly. Clay’s background includes stints as an author, artist and businesswoman. Clay wrote a book about her two-year “low-carbon diet” in which she reduced her family’s carbon footprint by 77 per cent.

A hair’s breadth split the Liberals’ Peter Cain and his Labor opponent Gordon Ramsay, after a tight showdown for the fifth and final seat. As a former teacher, school principal and lawyer, Cain will be pursuing better education outcomes for Canberra kids.

Kurrajong’s newest recruit Rebecca Vassarotti joins party leader Shane Rattenbury with a clear policy agenda that focuses on housing and homelessness, gambling reform, drug and alcohol issues, gender equity and health. A strong showing in this term may improve her chances of succeeding Rattenbury as leader of the party down the track.

There was barely a cigarette paper between Labor’s star candidate Taimus Werner-Gibbings and Davis.

Brindabella was the one that no one saw coming on election night. It was assumed the Liberals would comfortably hold their three seats and build upon their strong showing last time, instead of which the final position in Canberra’s southmost electorate was contested by their political opponents.

Labor’s newest recruit in Murrumbidgee is mental health advocate, and academic Dr Marisa Paterson. Given her background and interest in this subject you can expect Dr Paterson will be working to improve mental health in the ACT.

The Greens have replaced like for like with the retirement of MLA Caroline Le Couteur and the arrival of Emma Davidson. A strong advocate for women’s issues in the community, she will champion affordable housing, healthcare, public transport and better sports and arts facilities.

The Greens welcome Andrew Braddock in Yerrabi. Braddock has strong environmental credentials and will seek more action on the issue of climate change in the next Assembly. Braddock is a former environmental engineer and public servant; he also served as secretary of the Gungahlin Community Council.

Outgoing business and employment spokesman for the Liberals Andrew Wall suffered an electoral reverse of fortune on election night. Having topped the poll four years ago he was relegated to third spot for the Liberals and missed out on returning to the Assembly.

The Liberals’ sport and recreation spokesperson James Milligan failed to be returned in Yerrabi. A graphic designer by profession, following the loss of his seat he will probably return to his graphic-design background. Departing Liberal veteran Vicki Dunne said Milligan and Wall’s departures were a “great loss” for the party.

Despite his campaign efforts, the electorate did not back Deepak this time in Yerrabi. On the back of a big swing against the Labor Party, sitting MLA  Deepak-Raj Gupta fell well short of securing a quota.

Accident-prone Liberal and former transport spokesperson Candice Burch failed to retain her seat in Kurrajong. Some would remember that she replaced the late Steve Doszpot. Burch was criticised during the campaign for her unhelpful comments on light rail.

In Murrumbidgee, the Labor party swapped hairdresser Bec Cody for academic Dr Marisa Paterson. In a former life Cody was also a trade unionist. Re-elected Labor MLA for Kurrajong Rachel Stephen-Smith lamented the loss of her colleague on election night acknowledging her contribution in the area of workers’ rights. “She never took a backward step,” Stephen-Smith said, describing the loss of Cody and Gupta as “devastating” for the Labor caucus.

Attorney-General and former minister of religion Gordon Ramsay lost his seat after only one term as Labor was reduced to two seats, falling victim to resurgent Greens in the northern electorate.

Helen Musa - May 5, 2021
0
RESULTS are in from the competition run by the National Gallery of Australia for school-age artists to rethink Vincent van Gogh’s famous “Sunflowers” painting.