“It does not represent cultural diversity to have more and more Labor members photographed with Communist symbols! It seems the ACT Labor Party is much better at talking about cultural diversity whereas we in the Liberal Party simply live it,” writes ZED SESELJA, Liberal senator for the ACT.

I DON’T get to read enough fiction these days, so I’m always grateful when the Member for Fenner Andrew Leigh puts something to print, as he did in the pages of the “CityNews” this week. 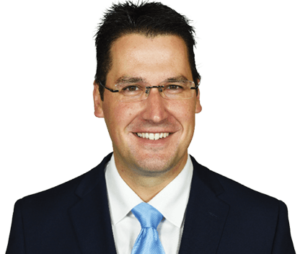 Andrew has spent most of his time since coming into parliament disavowing virtually every policy prescription he once believed in during his time as an academic in an ill-fated attempt to climb the Labor Party ladder.

It must get tiring mindlessly defending Labor policies he doesn’t believe in, so it’s not surprising that Andrew is now using his time in opposition (having been dumped from the Labor front bench) to engage in some creative writing.

His latest piece focused on the fact that I and some members of the Canberra Liberals hold socially conservative views (shock horror!) on some issues.

With not a hint of irony Dr Leigh throws around terms such as “extreme” in a week when yet another member of the ACT Labor Party was photographed with the Communist symbol the hammer and sickle (a situation that appears to be becoming increasingly commonplace). This is to say nothing of the fact that the ACT Labor Party is a wholly owned subsidiary of the most extreme, militant union in the country, the CFMMEU.

But where he really starts to lose the plot and enter the realm of fantasy is when he argues that the most democratic major political party division in the country, the Canberra Liberals, where every active member gets an equal say in policy and preselections, and which has produced the most ethnically diverse group of candidates of any party in the history of self-government somehow doesn’t value multicultural diversity.

With representatives variously of Korean, Italian, Indian, Bangladeshi, Chinese, Pacific Islander, South African and Anglo-Celtic background, as well as the religious diversity in the team, this is a party that represents the cultural and religious diversity of the city (not to mention its gender balance, diversity of background and diversity of opinion) in a way that the Labor Party with its union apparatchiks chosen by union bosses from the CFMMEU couldn’t hope to match.

And no, Andrew, it does not represent cultural diversity to have more and more Labor members photographed with Communist symbols! It seems the ACT Labor Party is much better at talking about cultural diversity whereas we in the Liberal Party simply live it.

But we all know why Dr Leigh focuses on such absurd attacks, and it is evident in what he didn’t say. These attacks are all in lieu of attempting to defend the disgraceful legacy of failure of his comrades in the Barr Labor government. Dr Leigh conspicuously refuses to discuss Labor’s woeful record in office.

Their repertoire of achievements include: overseeing dodgy data scandals and a culture of bullying and harassment throughout our hospitals, the highest emergency department waiting times in the country, cutting hospital funding in real terms, and a promised hospital expansion Canberrans have been waiting for since 2010 has been delayed so many times it beggars belief – and that is just in the Health portfolio.

Transport Ministers have overseen months of chaos in a failed revamp of the bus network, that has left Canberrans stranded and cut dedicated school buses for our kids.

Overcrowded classrooms, school walls painted with lead paint, the worst rate of violence against students, teachers and principals in the nation, and falling academic outcomes are the legacy of 19 years of ACT Labor running our education system.

In 2012 then-Chief Minister Katy Gallagher declared I was a “master of spin” and the Canberra Liberals were perpetrating a “lie” when we declared Labor would triple rates.

Eight years on and the Canberra Liberals have been vindicated with ACT Labor having tripled their rates revenue, with no sign of the promised abolition of stamp duty. Ordinary Canberra families are paying the price for this massive Labor lie. It should also be noted that Andrew Leigh has said that he was proud of this disgraceful, inequitable tax grab.

Canberra under ACT Labor is the worst place in the country to do business and the Government’s support for those doing it tough during the covid pandemic has been the most miserly in the nation, as Andrew Barr sends the place broke.

Equally distressing is our elevation to the least affordable housing market for young people, and the highest proportion of rental stress. Young Canberrans are forced over the border if they want any chance to own their own home as ACT Labor deliberately increases the price of land to prop up their rapidly failing Budget.

Perhaps it’s no surprise that Andrew Leigh doesn’t even bother to defend this shocking record – when even Labor’s longest-serving leader Jon Stanhope has become a forceful and cogent critic of his own party’s woeful record in office.

Andrew Leigh was also part of the federal Labor team that was comprehensively rejected by voters at the last election. A large factor in that result was Labor’s outrageous tax grabs on housing, investment, and retirement savings.

Another factor (identified by senior figures including Chris Bowen) was the fact that Labor was also seen as having complete disdain for people of faith. Andrew Leigh, in his latest work of fiction, has again demonstrated that he and his party continue to have complete scorn for the millions of Australians and hundreds of thousands of Canberrans who fall into this category.

Zed Seselja is the Liberal senator for the ACT.