HISTORY shows that Labor took too much heart when Labor leader Kim Beazley unexpectedly pushed John Howard to the edge of extinction in 1998.

Howard, a first-term prime minister, suffered a 4.6 per cent swing, surrendering the popular vote but somehow retaining a parliamentary majority.

Labor strategists figured the next election would be that much easier for having come so close.

Consistently underestimated as a reader of the middle-Australian voter, Howard served four terms leaving Beazley with the cold comfort of being regularly tagged as “the best prime minister Australia never had”.

Could this be Anthony Albanese’s trajectory also?

Behind Labor’s initial grief of its federal election loss, there were hopes within the ALP that next time might be different, given Prime Minister Scott Morrison only scraped through with the barest of parliamentary majorities in 2019.

But if the pandemic incumbency factor had not since dented federal Labor’s confidence, the weekend’s state byelection in the seat of Upper Hunter must surely have done so.

As well as showing that blue-collar regional voters are happy with their state Coalition government — despite its sordid scandals — the result apparently vindicated the outspoken anti-green pro-coal stance taken by Labor’s federal MP Joel Fitzgibbon.

Fitzgibbon famously quit the Labor frontbench last November, while insisting the party’s climate spokesperson, the Left’s Mark Butler, be replaced for being too committed to his task.

Under Butler’s guidance, Labor had taken a target of a 45 per cent cut to emissions by 2030 to the last election — a policy that has since come to look mild in the global context.

But Fitzgibbon and others in the Right blamed the pledge for Labor’s poor performance in regional Australia.

By January, Fitzgibbon had his wish with the NSW Right’s Chris Bowen installed in the climate portfolio in Butler’s place.

Now, in the wake of the politically disastrous result for Labor in the Upper Hunter, an emboldened Fitzgibbon has again hit the airwaves calling for federal Labor to heed the message from its heartland. He is urging Albanese to stop pandering to inner-city progressives on climate and get back to protecting regional jobs. Coal jobs.

It is a message that carries big risks for Labor, which holds more urban seats than regional ones and which is challenged by the Greens on its left flank.

For Albanese, there are no easy answers.

Some within Labor fear Fitzgibbon could yet run as an independent, although he scotched this idea in interviews on Monday. He has however hinted that he might not run at all, unless he sees a material change in Labor’s emphasis.

Either way, it seems Fitzgibbon and Morrison are on a unity ticket over coal jobs and regional sensibilities generally, and that is very bad news for Albanese.

In an interview with The Australian conducted before the by-election result but published on Monday, Morrison criticised Labor for treating workers as “victims” and for suggesting the answer to their woes must always be government assistance.

“So much of what we are doing in our economic plan comes together in regions like the Hunter,” he said.

This was a reference presumably to his government’s commitment to build a gas-fired generator in the Hunter. The $600 million announcement had angered progressives, and mystified energy economists, but seems to have been viewed by Upper Hunter constituents as a vote of confidence in their future.

Like Berejiklian, Morrison’s government has delivered its share of scandals. But in both cases, voters appear largely unfazed.

Instead, they seem inclined to credit their governments with addressing more material concerns such as keeping the pandemic at bay, and protecting their livelihoods.

In mid-2001, Howard was again trailing in the lead-up to a general election and faced a crucial byelection in the federal Victorian seat of Aston.

Governments tend to do badly in byelections and the electoral test loomed as the harbinger of a wider defeat.

Instead, it marked the government’s revival, with a triumphant Howard telling the first ever ABC Insiders program that his government was “well and truly back in the game”.

“If there were an unstoppable momentum for Labor to win the federal election, they’d have rolled us over in Aston,” he said.

Just months later in the general election of November 2001 — the Tampa/ September 11 election — a sense of external threat merely reinforced voters’ tendencies to hold to the status quo.

Two decades on, the danger for Labor is people’s insecurity over health and wealth will again see voters preference the safety of a known quantity.

Meanwhile, Albanese has some way to go to emulate Beazley, let alone win the election. Before that he also has to get past Simon Crean’s unhappy distinction of being Labor’s only federal leader never to face an election.

Mark Kenny is a professor at ANU’s Australian Studies Institute. This article was originally published on The Conversation. 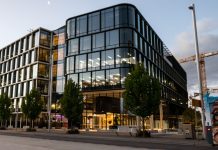 CityNews - June 9, 2021
0
Laws commencing on July 1 will prohibit property developers, close associates, or a person acting on their behalf of a political entity from making political donations in the ACT.

Thanks to Barbara and Don, the band’s all here