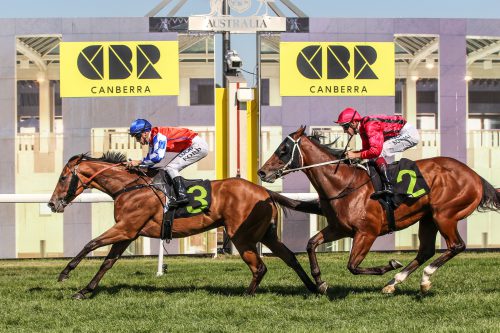 CANBERRA Racing Club is set to welcome back a swathe of jockeys, trainers and owners to Thoroughbred Park next Friday.

Bans that have affected the industry in the ACT from most of the New South Wales racing fraternity travelling to Canberra have been lifted ahead of its next meeting on January 22.

ACT racing officials have advised Racing NSW stewards of the border restriction changes relevant to participants and patrons outside the territory.

Connections based at Royal Randwick and NSW provincial clubs will now be able to enter their horses at Thoroughbred Park once again.

But others based at Rosehill Gardens and Warwick Farm remain excluded from Canberra until further notice.

Sydney’s western and south-west suburbs, which both racecourses are respectively located, still are under an ACT public health direction order.

People that have been or travelled to a listed area in the 14 days prior to January 22 are excluded from the return race meeting at Thoroughbred Park.

Robert Macklin - January 26, 2021
1
"So what, we may ask, has Margaret Court done between 2007 and 2021 to deserve such a grandiloquent gesture from Scotty, aside from publicly pursuing the strictures of his fellow Pentecostal beliefs," asks "The Gadfly" columnist ROBERT MACKLIN.