CANBERRA will be central to the federal government’s plans of repatriation flights for returning Australians from next month.

But the ACT government has played down the capital’s role in welcoming expatriates home into hotel quarantine.

“The passage of time will see the number of people in (Canberra) quarantine continue to reduce, absent of a new cluster or a new outbreak elsewhere,” Mr Barr said.

“It depends a little on the nature of the quarantine arrangements.

“At this point, I think a realistic time frame for repatriation flights is February, which could also be in the first week of February.”

The ACT government has been engaging this past week with the Commonwealth over chartering a set number of flights but also additional places for desperate Australians.

Mr Barr said Canberra would only act as a support base for the repatriation as may Tasmania.

“The Northern Territory with the Howard Springs facility will clearly be taking the bulk of the flights,” he said.

“The Commonwealth, I think, announced 20 – there is not going to be 20 flights coming into Canberra.

“That would take 40 weeks because we can only take one at a time.”

The Pacific Suites Hotel on Northbourne Avenue is the designated quarantine location for passengers after arriving in the ACT.

But a delay in the repatriation flights could occur should hotel occupancy remain around 300 returning Australians unless another large Canberra hotel with balconies was willing to be involved for 14-day quarantine program.

“We have some repatriation flights coming home pretty much close to capacity with a couple of hundred people on board slated to come in this week from India, for example,” Mr Birmingham told Radio National Breakfast.

“But we have others coming from Santiago, for example, that have much smaller numbers onboard. And of course, what we’re trying to deal with here is vulnerable Australians and getting them home in circumstances where they wouldn’t otherwise have a capacity to do so. That’s why I’m not wanting to put a firm figure on it.”

The Department of Foreign Affairs and Trade will prioritise where the Australians are flying from to fill up the chartered flights to capacity. 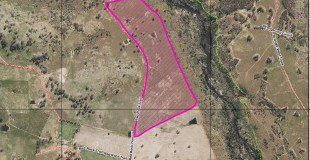