CLOSE UP, intimate and fun was the experience for the audience in this Canberra International Music Festival concert over seven spaces in the Gorman Arts Centre in Braddon.

Concert 13 at the 2021 CIMF titled “Up Close at Gorman” began with the multi-talented Ariana Odermatt. Playing the clavicytherium, which is an itsy-bitsy vertical harpsichord that creates a booming resonance for the performer because the soundboard is in the player’s face. The very early music performed was “De che le morta la mia signora”, Anon early 16th century, “O ye tender babes” by Thomas Tallis (1505-1585) and “Proœmium in re” by Hans Kotter (1485-1541).

Tucked away in a small space in Block B, Odermatt welcomingly explained and showed the first group of 20 people how this instrument worked. Her playing was equally welcoming.

Continuing the musical journey was an exhilarating performance from the Super Rats. This four-piece folk band played traditional Romanian music that featured the cimbalom, an instrument from the dulcimer family. The pieces were “Doina de jale’ and Tabachera de argint”. The room-filling sound of the cimbalom was the star of the show. The music sounded complex but still had a warmth and rhythmic earthiness in both pieces.

Véronique Serret on violin performed Brian Howard’s “Desires Ingrained”, which was an Australian premiere. Serret, a consummate professional handles the violin with authority and passion. This contemporary work used every note on the violin to run through the dynamic and expressive qualities of the piece. The playing was extraordinary.

Golden Gate Brass Quintet, who took their name from the pub they meet in, played Peter Warlock’s “Capriol Suite”. The four dance movements were titled “Basse-Dance”, “Pavane”, “Branles” and “Mattachins”; arranged by the trombonist Jackson Bankovic. Sounding a bit like a contemporary G.F. Handel work, the music was deeply profound. These five young players make their music blend seamlessly.

The Partridge String Quartet performed “Valencia” by Caroline Shaw. As a violinist and composer, Shaw likes to experiment. But that doesn’t mean all of her works gel. This homage to an orange is perhaps more experimental than music, but it did seem to work. The playing looked like a task as they closely watched each other to perform some of the tricks, but the quartet performed well and dynamically without fault.

Rohan Dasika on double bass, played “Neeve palinchara” by Karagiri Rao. With the 20 of us squeezed into a tiny room, this was perhaps the most moving experience of the concert. The double bass more than overwhelmed with volume and emotion. A Sitar-like sounding drone in the background was supplied via a computer. This Carnatic music glided through a mesmerising world of sound that was wet and delicious.

For the last work, performed in the Ralph Wilson Theatre, James Crabb on accordion played John Zorn’s piece with the zippy title of “Road Runner”. It was a total scream. If people like their music with bashing, thrashing and crashing, along with popular tunes, tangos and movie music thrown in, then this is the piece for them.

Inspired by that unstoppable character from the Looney Tunes and Merrie Melodies series of cartoons, this music is in one word, crazy. Fittingly James Crabb on accordion performed with cartoon character faces and actions by Crabb, he made this maverick instrument sound like a whole orchestra.

This concert was an electric delight. 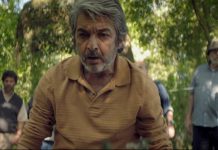 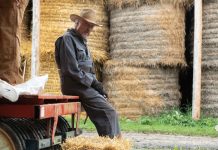 CityNews - June 9, 2021
0
A house caught fire in Watson this afternoon (June 9) when food was left unattended cooking in the kitchen.