An understandably agitated self was quickly calmed by his delicate and graceful interpretation of Mozart’s “Piano Sonata No 11 in A Major, Alla turca, KV331”.

The much-loved slow opening movement and the pretty “Menuetto” were precise and beautiful while the concluding Turkish march was, most appropriately, boisterous and bombastic. This was an excellent start to a fine concert.

In honour of lifelong supporter of music in Canberra, Betty Beaver, it has become a tradition since 2007 that each CIMF opening gala concert features a new piece specifically written under the banner of the “Beaver Blaze”.

Kate Neal, awarded Performance and Instrumental Work of the Year at the 2016 Art Music Awards, composed this year’s “Fanfare” offering, which was admirably performed by the Golden Gate Brass Quintet. These fine Australian musicians blended wonderfully to present a fitting world premiere of this catchy and clever piece that features flourishes of trills, hints of jazz, driving rhythms and fine dynamics, which suited the venue perfectly.

Brass again, but in a totally different style, as four trombonists from the Australian Romantic and Classical Orchestra performed Beethoven’s “Three Equales”, solemn music actually played at Beethoven’s funeral in 1827.

Theatrically presented with the players not on stage, but gathered in a circle in the centre of the Fitters’ Workshop, this emotive work again displayed blended brass at its best with most pleasingly accurate intonation and an ensemble sound that resonated brilliantly throughout the performance space.

Particular credit is due to Festival technical manager, Nathan Sciberras. His inventive lighting design for the entire concert enhanced the atmosphere considerably and is most welcome.

Composer Brenda Gifford is a proud Yuin woman who originally conceived “Djiribawal” for the 2020 Festival. The substantial four-movement work is an interpretation of elements of nature and made for a pleasing finale to this fine concert.

Performed by the Australian Art Orchestra and the Festival Strings, the first movement, “Bagan – earth”, began with the deep tone of the bass clarinet setting a mystical and mysterious atmosphere where piano touches, then brass, percussion and violin additions, created a folk-like tune.

“Ngadjung – water” featured didgeridoo initially in a racing torrent before giving way to a calm flow as trumpet rode over inventive bass and violin. During “Miriwa – sky”, treble James Hodgson joined violin in an interactive duet, while clarinet and piano provided underlying peace and tranquillity.

“Ganji – fire” then utilised the didgeridoo as its basis before fascinating percussion, then bass and violin effects were added, as volume and intensity magnified relentlessly to create an inferno. This was music of imagery at its finest and will no doubt prove to be a most welcome addition to Australian repertoire.

The opening gala was a most enjoyable musical evening, the 2021 CIMF has kicked off well. 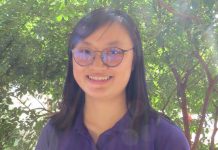