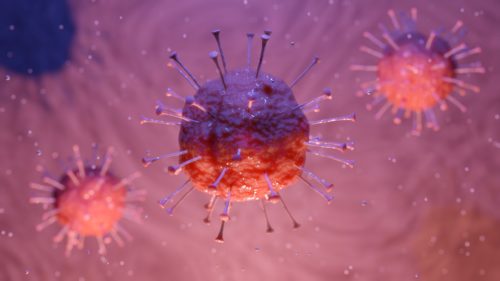 EDITOR’S NOTE: ‘CITYNEWS’ PHOTOS AND STORIES ARE BEING TAKEN WITHOUT PERMISSION BY AN AMERICAN PARASITIC WEBSITE THAT PURPORTS TO PROVIDE CANBERRA NEWS. THE SITE IS INFRINGING OUR COPYRIGHT AND WE URGE READERS TO COME DIRECTLY TO CITYNEWS.COM.AU, THANK YOU.

TWO new covid cases have been reported today (March 7) among passengers on the government-facilitated flight that arrived in Canberra on March 1, bringing the quarantine total to four cases.

Yesterday, ACT Health announced that genome sequencing from last week’s two travellers – a man in his 40s and another younger than 20 – in ACT hotel quarantine who returned a positive COVID-19 test showed they were infected with the more contagious South African COVID-19 variant .

Last month chief medical officer Dr Paul Kelly warned that variants of coronavirus that originated in the UK and South Africa were on their way to becoming the dominant COVID-19 strains around the world.

“We need to be prepared for those strains, which are definitely more able to be transmitted between people [and] may be associated with more severity. That is still information we need to continue to watch carefully.”

Both the latest cases announced today were discovered from Day 5 testing yesterday (March 6). It hasn’t been confirmed what strain they might be and genome sequencing will be conducted early this week.

They are a female and a male, both in their 40s. Both are well. As with the previous two cases reported last week, the new cases will be cared for in a separate area of the quarantine hotel from other returned travellers.

The new female case is a family member of the male under the age of 20 who tested positive earlier. She has been in quarantine with him.

The new male case was seated in an adjacent row to a previously identified case during the flight to Canberra.

CityNews - April 9, 2021
0
Young women are the most reluctant group in Australia to receive the covid vaccine, according to recent findings published by ANU.