TONY BRYCE, in pain and in Calvary Public Hospital, found under-resourced medical staff couldn’t get important tests he needed done there… but suddenly things changed when he went private.

THE story by Bob Collins tracing the experience of his wife Rhonda with “Canberra’s third-world public health system” (CN April 15) has compelled me to speak out about my recent encounter with our hospital system.

On Tuesday, March 9 I was taken by ambulance to the Emergency Department of Calvary Public Hospital with severe back pain.

I received immediate attention but it was evident that the doctors in attendance were overwhelmed by their workload. With no obvious injury or cause for the pain, the protocols determined that I be sent home with painkillers and a recommendation that I get to my GP as soon as possible.

The earliest available GP appointment I could make was on Friday, March 12.

Unfortunately, the painkillers ran out well before then and the back pain had become so severe that I couldn’t get out of bed. So, it was another ambulance trip back to the ED.

The apparent lack of resources and overwhelming workload placed on ED staff was again evident during this second visit. However, on this occasion I was diagnosed with a blood infection and admitted as an inpatient.

Over the next several days various diagnostic tests were undertaken to gain more information. However, the doctors were still no wiser as to how I got the infection, what it was or exactly what treatment/antibiotics to prescribe.

The two most informative tests, an MRI and a biopsy, were simply not available because Calvary Public Hospital does not have the equipment or the expertise to undergo these tests.

Apparently, they are only available to patients through the Canberra Hospital (at Woden) or the private hospitals. Without these tests, the doctors could not confidently move forward with their treatment.

And so, I remained on routine treatment while the doctor desperately sought a way to get the tests.

One suggestion was to relocate me as an inpatient at Canberra Hospital so I could be placed on its schedule to obtain the tests and then return to Calvary. I was told that this could not be done because there weren’t any beds available.

Attempts were made by the doctor to move me across to the private system.

In desperation, my wife even made a strongly worded phone call to the ACT Health Minister’s office.

Eventually, an MRI time slot became available through (what I understand to be) a private company that is located within the Calvary Public Hospital complex; and the biopsy was provided by the Calvary Private Hospital on March 24 after I transferred as a private patient, and my doctor “called in a favour”.

I was released from hospital two days later and have now entered the Hospital-in-the-Home (HITH) program.

So, after progressing through the three areas – the ED, the medical department and the HITH program – what is my opinion of our hospital service?

In short, I believe that we have the basis of a very good system. But there are weaknesses and these are largely hidden by the dedication of the doctors, nurses and other frontline staff that bridge the gaps and just make things happen.

Firstly, Calvary’s ED is seriously under-resourced. I could go into detail but the Health Department and northside readers would already be aware of this issue.

However, if under-resourcing is causing misdiagnosis and requiring patients to present themselves for a second time, then the system is falling in on itself.

Secondly, and of real concern, is the inability of Calvary Public Hospital doctors to gain equal and timely access to medical equipment that is available at the Canberra Public Hospital.

Either Calvary should receive funding to purchase the necessary equipment/expertise, or a more equitable arrangement for sharing between the two hospitals is to be found.

After all, we are but one community yet we seem to have two disconnected public hospital systems.

In my case, I am left with the belief that had I lived on Canberra’s south side and been admitted to the Canberra Hospital my treatment would have been much quicker, and the drain on our health budget much smaller. 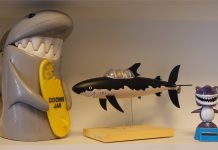