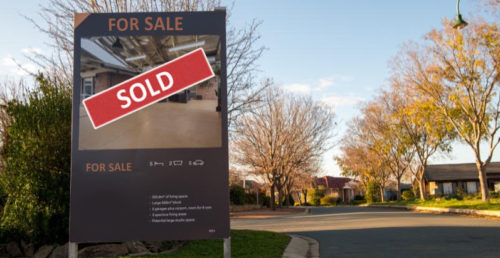 HOUSE prices in Canberra reached a record high at the end of 2020, according to the “Domain House Price Report” for the December quarter.

The report details that house prices in the capital surged 6.4 per cent over the quarter, making the median price now $855,530, more than $2000 over the national average. It also represents the steepest annual gain since early 2017 at 9.1 per cent.

The increase in house prices were seen across all capitals except for Darwin and Perth. Darwin remains the cheapest city to purchase a house with a median price of $533,845.

Canberra also saw a 3 per cent quarterly gain in unit prices, with a median figure now sitting at $485,410. This also ranks the ACT as the third most expensive city to purchase a unit, behind Sydney at $729,840 and Melbourne at $569,677.

However, the report shows that on an annual basis, Canberra’s median unit price dropped 1.3 per cent when compared to last year.

“While market activity did pull back during the peak of covid restrictions early in the year, successful containment of the virus and avoiding outbreaks meant an element of normality returned towards the latter part of the year.

“Having a larger public sector employment base as well as private sector reliant on government dollars has meant minimal job losses compared to other cities. Some government departments have grown given the dramatic change in certain resources needed during the pandemic. Buyers have also been spurred by cheap credit and government incentives at a time the market had a lack of new stock.”

Despite increases, the figures represent slightly more promising prospects for buyers than renters, after it was recently revealed in another Domain report that Canberra was the most expensive city to rent both units and houses.

Brumbies cut Waratahs a break in a rivalled history