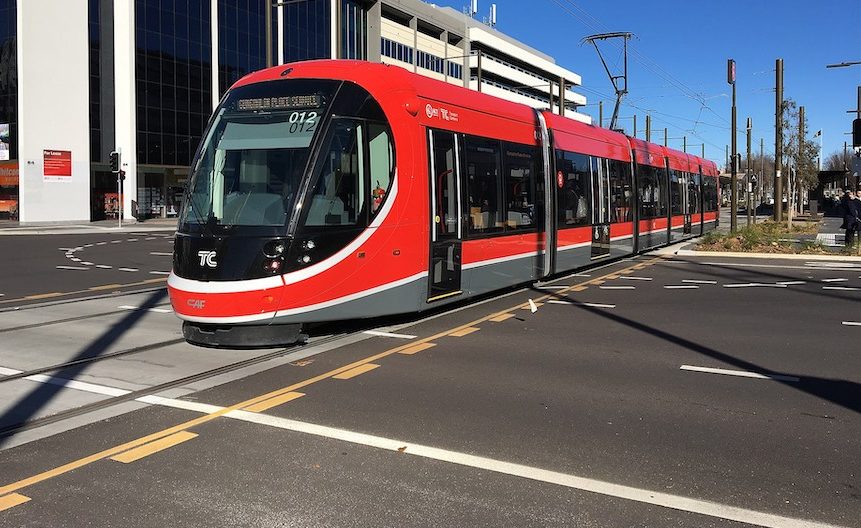 THE proposed construction of the light rail from Civic to Woden is predicted to cause significant disruption to Canberra’s main routes for several years, according to Transport Minister Chris Steel.

The minister today (July 21) announced that the ACT government has established a “Disruption Taskforce” to minimise the impact of what is going to be a “very disruptive” delivery of light rail Stage 2.

“The government is being upfront with Canberrans that the construction of light rail will be very disruptive for our road network, with lane closures and diversions in place for several years on major approach routes into the city from the southside,” Minister Steel said.

This will require a number of road closures as the current cloverleafs and the Commonwealth Avenue overpass over London Circuit are progressively dismantled, Mr Steel said.

“Construction at the southern end of the CBD will mainly impact those coming from the southside into the city, but there will be flow-on impacts across the road network,” he said.

During peak periods, a large number of vehicles could shift to other arterial roads such as Kings Avenue and Parkes Way, he said.

“The disruption associated with construction is going to be significant, but once completed, light rail will make our city more vibrant, sustainable and better connected,” Mr Steel said.

The Disruption Taskforce established by the government will be required to make:

Following the announcement of the taskforce, the ACT Council of Social Service (ACTCOSS) is calling on the government to make public transport free in Canberra.

“Free public transport could take cars off the roads in peak times, reduce our carbon footprint, encourage social participation, volunteering and employment by people on low incomes and alleviate some of the transport challenges set to face our city over the next couple of years,” Mr Wallace says.

“It could provide a win-win to people on low incomes, services and businesses in the city facing disruption.

“People with transport disadvantages have the greatest need to travel and face the greatest isolation when they can’t, but they have the least flexibility about where and how they move across the city.

“Travel is an essential cost of living and falls hardest on those with the least ability to pay.

“In a smart and compact city, travel costs should not stop people doing the things they have to do or the things they want to do. Transport is also a social determinant of health.”

For southside commuters there is the additional disruption of the Monaro Hwy $230m of upgrades from Johnson Drive to the Maconochie Centre to start early 2022.