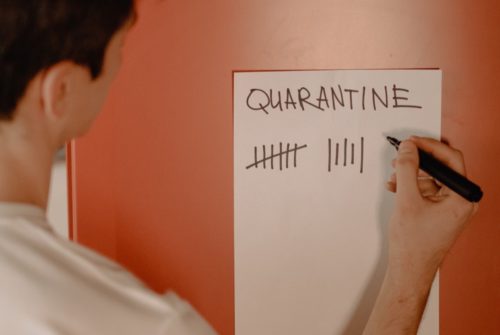 A DIPLOMAT will stay in hotel quarantine in Canberra for longer than the mandatory two week quarantine period after returning a covid test result that’s consistent with an historic infection.

The diplomat, a man in his sixties, received the result after undergoing a mandatory end-of-quarantine test.

The test result reflects prolonged shedding of virus fragments, which is known to happen intermittently for up to several months after a person is no longer infectious, according to an ACT Health spokeswoman.

“We are confident that the individual is not infectious and poses no risk to the community. As a precaution, however, further tests will be conducted today,” she says.

“The individual currently remains in quarantine and is being supported by ACT Health.

“As this case has been previously reported and managed overseas, it will not be formally counted in the ACT or Australia’s total infection numbers.”

Aside from the diplomat, about 166 returned travellers on the government-facilitated flight that arrived in Canberra on February 8 have completed their mandatory 14 day hotel quarantine last night at 11.59pm.

“They are all now free to leave the hotel and pose no risk to the community,” the spokeswoman says.

CityNews - March 5, 2021
0
About two weeks after a local resident raised concerns of "hazardous" construction material dumped at a walking track in Watson, a Transport Canberra and City Services (TCCS) spokesman has alerted "CityNews" that they will arrange to remove the debris.