“While the 2006 Voyager Estate shiraz label indicates that it could be stored for up to 10 years, after 15 years it displayed stunning characteristics of dark plums, a jammy fragrance and a smooth, soft finish… It drank like liquid velvet, a wine of finesse,” writes wine columnist RICHARD CALVER.

A SNAKE slithered up to the bar and the barman asked: “What’s your poison?”

My neighbour came for drinks and brought with him a 2006 Voyager Estate shiraz. That clearly is my poison, bane and toxicant and boon and intoxicant. While the label indicates that this wine could be stored for up to 10 years, after 15 years it displayed stunning characteristics of dark plums, a jammy fragrance and a smooth soft finish that belied its high alcohol content: 14.2 per cent. It drank like liquid velvet, a wine of finesse.

Sitting on my front balcony watching the rain fall in sheets into the garden at its greenest for years, breathing the fresh air that came with a drop in temperature, the world felt crisp and clear and the taste buds fully actualised.

My offering of herb flatbread and slices of avocado as a snack went well enough. But this is a wine that would have successfully matched with foie gras or smoked chicken or duck. It could take their strong flavours and hold its own.

My neighbour is usually a resident of Hong Kong but he is stuck in Australia while COVID-19 rages offshore. Nearly a decade ago, he left behind a wine collection when heading off for overseas adventures and job contracts, and now he is finding solace in the well-stored and ageing collection, as he enters the second year of being tied to this country.

His generosity in sharing elements of his collection is appreciated and the stark reality of his situation shows that we are indeed a lucky country where covid is under control, albeit that it has dented the economy.

Voyager Estate makes great wine. It is located in the Margaret River region of WA and Halliday rates it a five-star winery. Margaret River is a long, narrow stretch of land, hugged by the Indian and Southern oceans, where forests give way to vineyards that stretch to the sea, which provides a moderating influence and a climate ideally suited to growing cabernet sauvignon.

I am lucky enough to have in my collection a Voyager 2014 cabernet sauvignon which Halliday rates at 98 points. It was a gift and at a value of around $85 another act of generosity. I intend to share it with the giver at some time before 2028, when it will reach the recommended maximum storage period. 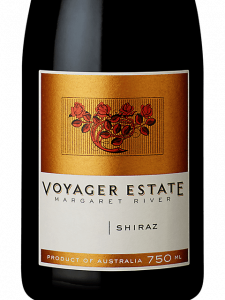 I have also tried their Broadvale Block 5 Margaret River chardonnay 2017 that, while expensive (the bottle I had nudged $70), was outstanding and resonated with both a citrus tang and an apple-peel taste.

It was high in alcohol but not moronically so, as one English critic described Australian chardonnay. It is the sort of chardonnay that naysayers of this varietal should drink so that they change their minds.

The winery also produces a good quaffer, the Girt by Sea 2017 cabernet merlot, which I had with pasta at Bellucci’s in Manuka recently. A great match and not so hard on the wallet.

The winery was bought by Michael Wright, the now deceased mining magnate, in 1991, despite the fact that he was a teetotaller. Halliday in his 2020 wine companion tells us that Michael’s daughter, Alexandra Burt, has been at the helm of Voyager Estate for many years. I can only say, Alexandra keep up the good work. And, yes, Voyager’s products will remain at the top of my list of poisons.

“Poison is in everything, and no thing is without poison. The dosage makes it either a poison or a remedy.” –Paracelsus