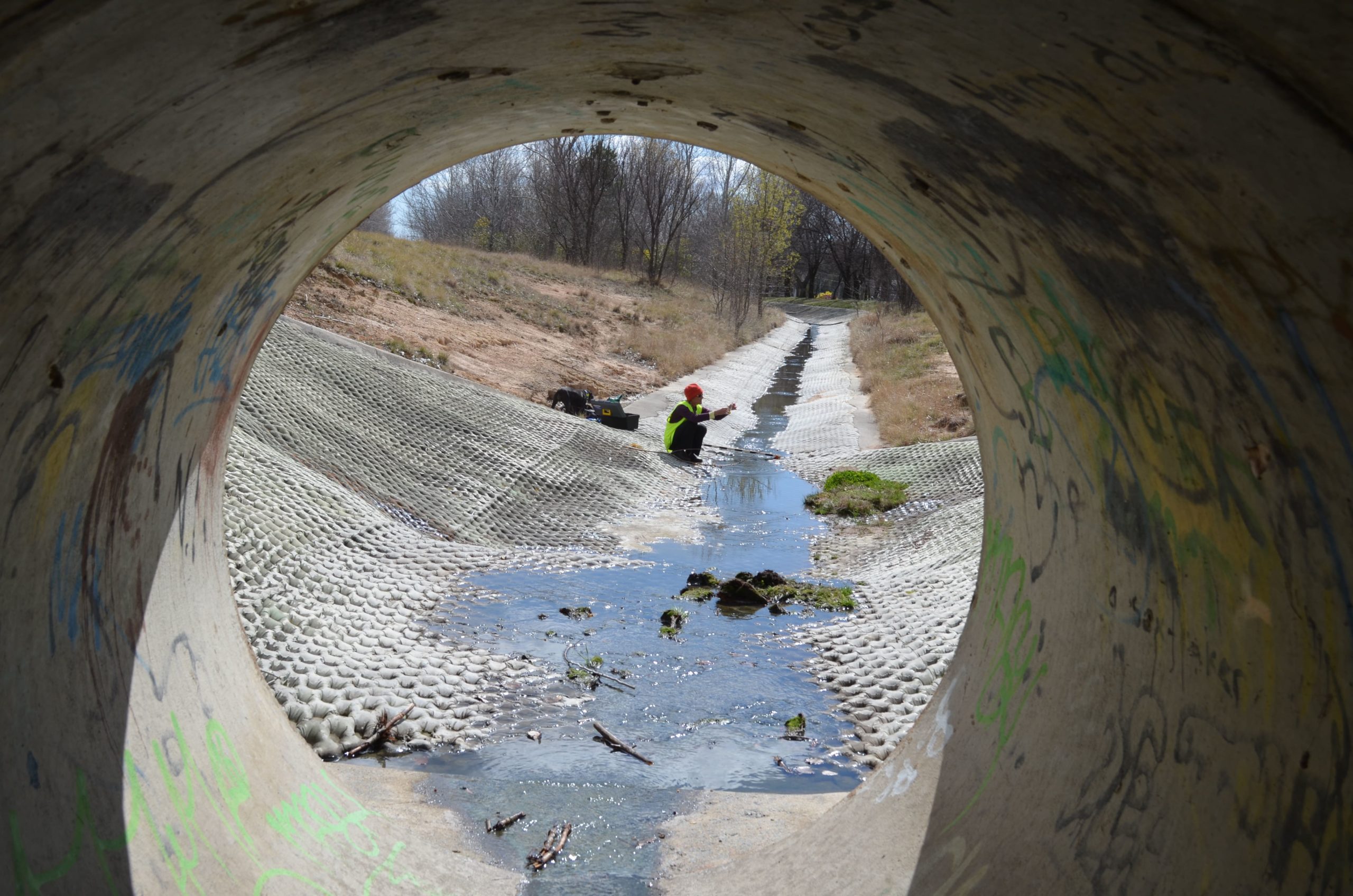 KATE Harriden is one step closer to her dream of removing concrete waterways after her “unexpected” win at the Australian Water Association’s ACT Water Awards last month.

“This is something I’m really chuffed about winning the award because it’s really time to question those engineering and highly technical paradigms we apply to living,” she says.

While she isn’t a big fan of the word vindication, Ms Harriden says her PhD project highlights what she says is an overengineering of modern lifestyles.

“Concreting is really a very modern thing and it hasn’t done anything good, at least not for waterways,” she says.

“Do [modern technologies] actually really work? I argue: ‘No, they probably don’t’.

“I actually think that [indigenous methods] fit perfectly within traditional living and contemporary living is actually moving back to that.”

Ms Harriden’s current project is based at Yarralumla Creek and examines the water quality from Mawson Pond through to Curtin.

As part of the ACT government’s Healthy Waterways Project, offline and in-stream infrastructure projects, including ponds and engineered concrete channels, were built at three different points along the creek to improve water quality.

While the water was clean at the site of Mawson Pond, only 500 metres downstream it had already been putrefied and was similar in quality to what it had been before passing through the new infrastructure, according to Ms Harriden’s findings.

One of the indigenous methods Ms Harriden uses is – in western science terms – essentially extended observation at the site that she’s working on as opposed to relying on popping in once or twice over a three year period, she says.

“I spent a lot of time at my sites, along the length of the creek. I’m very familiar with the creek and how it operates length to bottom. It makes it easier to make sure stuff is appropriate for the sites that you are working with,” she says.

Ms Harriden is also engaging the community in the importance of water management.

She says the notion of “working collectively” in managing waterways is still another indigenous concept modern designers can learn from.

Most people who live nearby to the creek are aware of the project and have engaged Ms Harriden in fantastic conversations about her work, she says.

“It’s more about the water sector catching up,” she says.

“The public are way ahead.”

Paul Costigan - April 21, 2021
0
"The need for design leadership in urban matters needs to be treated seriously to allow Canberra to regain some credibility in landscape design – what the place used to be about," writes "Canberra Matters" columnist PAUL COSTIGAN.