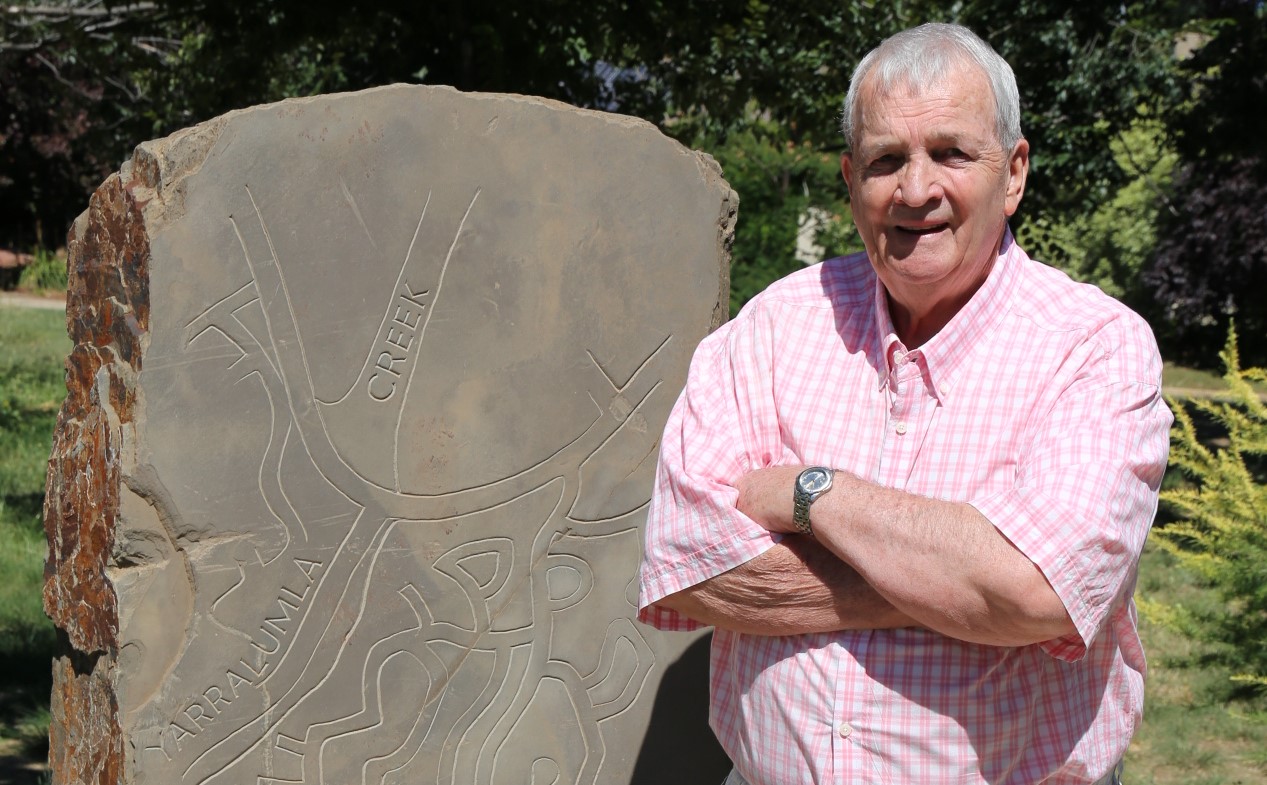 FOR the first time, a public memorial service will take place to honour the seven people killed in the Woden floods of 1971.

Retired police officer Blen McInnes, 75, was instrumental in the rescue effort, saving two Canberra men who were clinging to a lamp post amid raging flood waters.

“I used a flag pole rope from a nearby Slovenian club to lasso the two men, [and] that little thin rope pulled the three of us back to shore,” Mr McInnes says.

“I get goosebumps thinking about it.”

The flash floods came without warning. Rain fell up to 95mm in one hour, roads turned into rivers, and cars, on their evening commute, were thrusted off the “Woden Valley freeway” into a torrent.

The 50th anniversary of the flood will be a poignant time for Mr McInnes and other Canberrans whose memories of that night have never left them.

“It was complete bedlam, there were people screaming and panicking, some had been swept away,” he says.

“There was thunder and lightning, the torrent of water was so wide, so deep, so fast, no one stood a chance… I shake when I think about it.”

At the memorial service next week, Woden Valley Community Council president Fiona Carrick says community members will be invited to tie ribbons on trees in memory of “the worst drowning tragedy in Canberra’s history”.

“Unfortunately not many people in the community are aware of the tragedy and I guess one reason is we haven’t had a public remembrance in the last 50 years, so it hasn’t really been talked about,” says Ms Carrick, who’s helping to organise the service.

“I was six years old at the time and I remember it well. There are a lot of others who have memories of the night and stories to tell.”

The service will take place at the Woden Flood Memorial in Curtin, built by the ACT government in 2010.

The scene of the tragedy was previously marked by seven roadside crosses erected by Mr McInnes, who was instrumental in having the flood memorial established.

But it took him a while to be able to re-visit the site.

“I couldn’t come here for years because I thought I could have done more,” says Mr McInnes.

“I will never forget that day.”

Everyone is welcome to the service at the Woden Flood Memorial, on Service Street, Curtin, 7pm, Tuesday, January 26.