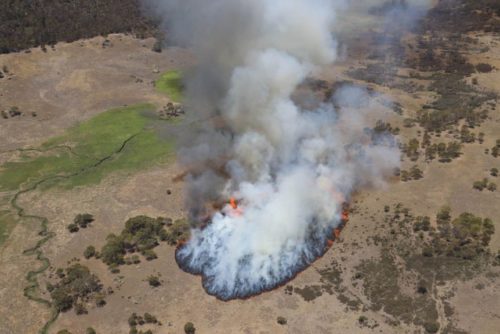 EXTREME weather has cost Australia $35 billion over the past decade and it’s set to get worse, according to a new report from the Climate Council.

It found that the cost of such disasters in Australia have doubled since the 1970s.

Canberra-based lead author and Climate Council spokesperson Prof Will Steffen says that without more action, these figures will only increase.

“There is no doubt that we have entered an era of consequences arising from decades of climate inaction and delay,” he says.

“By 2038, extreme weather events driven by climate change, as well as the impacts of sea-level rise, could cost the Australian economy $100 billion every year.”

The report highlights the Black Summer fires, drought, bleaching of the Great Barrier Reef and escalating heat as examples of the country’s vulnerability to climate impacts.

QLD was ranked as the state most severely effected by the cost of climate disasters, particularly due to the widespread flooding events that have occurred since the 1970s.

The ACT by comparison ranked sixth as most economically impacted.

“Australians are five times more likely to be displaced by a climate change-fuelled disaster than someone living in Europe. In the Pacific, that risk is 100 times higher,” says Prof Steffen.

The report also projects that by 2100 annual deaths from extreme heat worldwide will eclipse all COVID-19 deaths recorded in 2020.

This, it says, will be particularly severe for poor communities in developing countries, who are much less able to protect themselves from the intense weather.

As a result, the report emphasises that 2021 will be crucial for climate action, claiming that politically it will be the most important year since the Paris Agreement was adopted in 2015, and perhaps ever.

“No developed country has more to lose from climate change-fuelled extreme weather, or more to gain as the world transforms to a zero-carbon economy, than Australia does,” says Prof Steffen.

“Australia must aim to at least halve its emissions, and reach net zero by 2040 at the latest.”