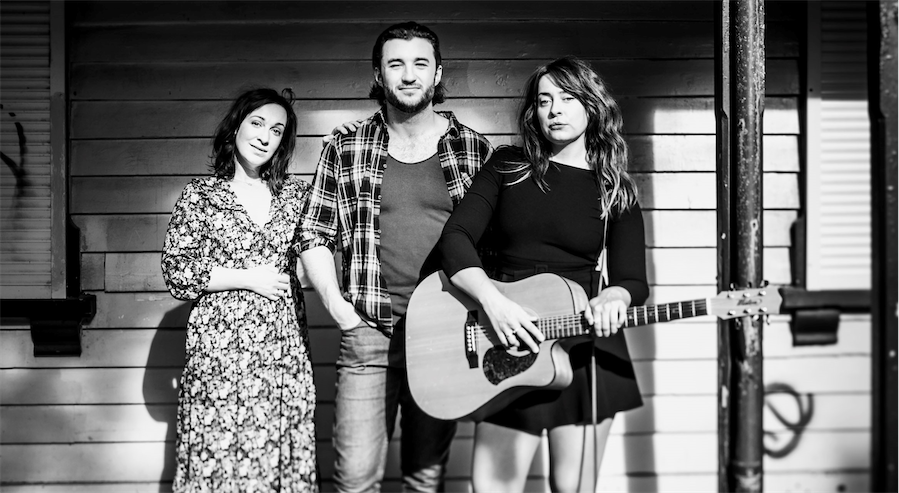 Theatre / “Lamb”. By Jane Bodie, directed by Julian Meyrick. At The Q, Queanbeyan, until March 6. Reviewed by LEN POWER.

“LAMB”, first presented by Red Stitch Theatre in 2018, is a quietly reflective look at a family on the land and the impact of life decisions taken over the years.

Returning to the family home for her mother’s funeral after many years away, Annie confronts the resentment of her brother, Patrick, who is bitter that his own dreams were never realised.

Left to look after ageing parents and an older sister, Kathleen, who appears to be mentally challenged, he channels his feelings about his life through his music.

It’s the music that binds these people together and the songs written by Mark Seymour are a powerful part of this play. While Patrick has difficulty expressing his feelings verbally, the music gives us a better understanding of the emotional turmoil of this man.

There are fine, in-depth performances by the cast of three. Darcy Kent really gets under the skin of his character, Patrick, and sings and plays the guitar with great sensitivity. Brigid Gallacher plays Annie and also doubles in the role of Mary, a woman working at the local bar who has had a liaison with Patrick. She is also a fine singer. Emily Goddard gives a warm and believable performance with a nice touch of innocence as the older sister, Kathleen.

The play is presented in a series of scenes that shuffle back and forth through a period of about 40 years. It’s confusing at first as the characters never appear to age but changes in the setting eventually clue us in. There seems to be no dramatic point to the doubling of the characters, Annie and Mary, by the same actor.

Directed at a deliberate pace by Julian Meyrick, it’s the emotional journey of these people that’s important here. Strangely moving and even haunting, these characters will stay with me well after the play has finished.

Helen Musa - April 21, 2021
0
Hot upon news that Helen Roben was leaving the National Folk Festival to join Music for Canberra as its new CEO, it has since been announced that conducting whizkid Melinda Hole will join the organisation as second artistic convenor.