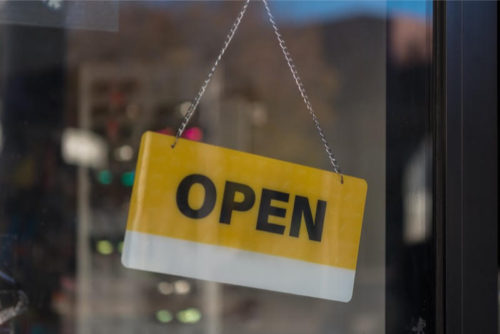 THE ACT government forked out $123,000 on administration costs for a marketing campaign that intends to save shoppers dollars while stimulating small business.

Minister for Business Tara Cheyne disclosed the figures during an estimates meeting this week for the government’s prized Choose CBR scheme.

The digital discount program was rolled out in December last year during a trial with an intent to extend Choose CBR into the new year to reinvigorate Canberra’s economy following the financial effects of the global pandemic.

On top of $500,000 that was set aside for the introduction of the digital vouchers, nearly a further 25 per cent more was spent on operational costs, focusing on system development, website hosting, marketing and communications, and a privacy assessment.

The government says the expenses will support a full rollout of the scheme with another $2.5 million costed for a one-off establishment of the discount vouchers and its ongoing delivery.

Taxpayers funded the administration costs of the trial from the August 2020 economic and fiscal update.

The government has defended the additional costs of its Choose CBR scheme that had only around $370,000 of the vouchers redeemed amid an overall net loss.

“Programs of this nature will always require an administration component, particularly during their early stages,” an ACT government spokesperson said.

“We need to be able to procure and support information, and communications technology system and advertise the program to eligible businesses and participants in order for it to succeed.

“Some of the administration costs will not need to be paid again and will support a further rollout of the scheme, making it even more cost-effective.”

The government has already claimed for every one dollar invested into the trial, a further $6.30 was injected into the ACT economy.

Original government estimates had the economy benefiting somewhere between $4 and $6 in return, but the trial scheme has allegedly resulted in more than $1.9 million being spent.

The government had lured 336 small businesses that were eligible for the trial scheme.

The bricks-and-mortar shop fronts had qualified after receiving 2020 JobKeeper payments, turning over less than $10 million every year and were involved in either retail, tourism, accommodation, arts and recreation, personal services and hospitality.

“The number of businesses that registered for the trial showed there is an appetite for this type of business support program in the ACT,” the government spokesperson said.

“We saw businesses continue to sign up throughout the trial period and we expect more will be keen to participate in the full program.”

Eligibility criteria in other states and territories for programs, discounts and vouchers vary.

But ChooseCBR sought to engage with COVID-19 affected businesses across a broader range of sectors, though the government recognises a number of them missed out.

“Based on the feedback we have received, the government will reconsider the eligibility criteria for businesses to take part in ChooseCBR,” the spokesperson said.

Modelling during the program’s design indicated around 2000 small businesses in the ACT would be eligible to participate in the trial.

Ms Cheyne told the estimates meeting that the trial was “not a bad starting point”, but also added that, “I’d like to see it grow”.

But the Canberra Liberals labelled the scheme a “dud” after it targeted around one per cent of Canberra’s 30,858 enterprises.

Opposition spokesperson for business Leanne Castley was left “staggered” over the final figures and has called on Ms Cheyne to overhaul the outcomes of ChooseCBR.

“Canberra’s struggling small businesses would be appalled,” she said.

“Only 336 of Canberra’s 30,000 small businesses signed up for this rushed scheme, which is just over one per cent of businesses. What a joke.

“I asked Minister Cheyne how much more would be spent on administration when the $2 million scheme is rolled out and she could not answer.”