“This city has a cabal of politicians and bureaucrats who view the aspirations of residents on planning matters as being of little relevance.,” writes “Canberra Matters” columnist PAUL COSTIGAN.

IT is a conversation I now have repeatedly. I have it with community group members, with people at Tilley’s, at the supermarket, while meandering through Dickson or other centres, and when wandering around galleries.

People in Canberra are struggling to get their heads around what drives the Labor/Greens coalition government and its bureaucrats to so boldly use alternative facts when discussing planning and development. So much continuous humbug is hard to comprehend!

The more complicated conversations are about how those in government are making decisions based on what most would deem to be questionable ethics. So many decisions ignore how ad hoc planning (or the lack of it) affects people’s lives and our urban environments.

Serious discussions were had when “CityNews” reported in April on the case of a City Renewal Authority senior bureaucrat, being a partner in a proposed Griffith development, asking for rule changes so that her development application could be forthcoming. The outcome was to be a breakdown of the residential codes along with a handy profit from the house to be redeveloped as a block of flats under the shonky Demonstration Housing Project scheme.

But the real question is not about the bureaucrat’s behaviour (developers do what they are allowed to do) but how directorate chiefs and their planning minister have allowed governance to be so warped that this action was deemed acceptable.

Have things become so bad within the Labor/Greens government that a senior planning/development bureaucrat is permitted to seek planning changes that affect the outcome of their own proposed unit development? Really?

When questioned about such goings-on, the bureaucracy relies on spin doctors to pump out misinformation. This level of disingenuous language is now common. Community groups see it constantly in replies to submissions and requests for information. These are the submissions that residents continue to slog away at and submit even though they know they are largely ignored in the decision-making processes undertaken by the planning bureaucracies.

Have we returned to some form of medieval fiefdom where the ruling class decides who lives where and when they need to be moved on to make way for the latest of the ruler’s fads – in this case more badly designed, suburban apartments.

Then there’s that infamous reform of the planning system. This was announced years ago and every so often there’s a reminder that it is to happen hopefully soon.

In April, there was that farcical announcement about “thought leaders”. A common method to start a strategic planning process is to throw the discussion open to left-field ideas and new thoughts. Once the big picture ideas have been contemplated, the real, hard slog begins to make the planning realistic to the circumstances.

The planning directorate announced in April that it is engaging “thought leaders” to inform the planning reforms.

Once people stopped laughing at the ridiculous nature of the announcement, the seriousness sunk in. If this is the beginning of a process (paying more interstate mates), what the hell have they been doing for the last four years? This farce of a planning review is beyond belief.

The revolting peasants of Canberra know that it is the current planning directorate that has made a complete mess of the planning system. It has become unworkable.

How much more misinformation do residents have to endure while the planning minister allows all manner of disingenuous behaviour to be the norm within the planning directorate and its attached authorities? Maybe residents need to accept the reality that planning and development is being run by an ACT Minister for Misinformation. 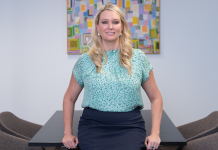