Home News Study: Retirement’s not looking good for most
Share Canberra's trusted news:
Facebook
Twitter
Pinterest
WhatsApp
MOST Australians fear they won’t have enough money in retirement and believe the age pension should be increased, according to a new ANU study.

Of the almost 3500 adults surveyed in early 2021, researchers found that more than half (55.7 per cent) worried they won’t have enough savings to live comfortably when they stop working.

The study, led by the ANU Centre for Social Research Methods, found that the most worried groups, according to Prof Nicholas Biddle, are females, people who hadn’t finished year 12, and those living outside capital cities.

“Our study shows a large increase since the last time we asked this question in 2015, when only 39.6 per cent of Australians thought they would not have enough money to live comfortably,” he says.

“According to the findings, 38 per cent of Australians think they will have enough savings to live comfortably in retirement – a similar level to 2015 when 39 per cent of people said the same.

At least 70.5 per cent of respondents thought the current age pension of $944.30 per fortnight for a single person with no children isn’t enough. Instead, they supported an average age pension payment of $1115 per fortnight.

Meanwhile, those who were already retired were less worried about having insufficient savings, with more than 71 per cent saying they definitely or probably had enough money to live comfortably for the rest of their retirement.

When it came to the question of unemployment benefits, the survey showed Australians believe the rate of $620.80 per fortnight for a single person with no children, is too low.

Instead, on average respondents thought a rate of $711 per fortnight was more appropriate.

Because of the covid pandemic, the study showed that 17.9 per cent of Australians had to tap into their retirement savings, while 13.3 per cent also accessed their superannuation early.

Asked whether they would use their superannuation for other purposes if they could access their savings early, 47 per cent of people said “yes”. 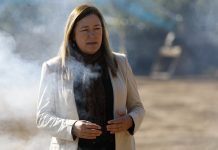