In this sponsored post chartered accountant Gail Freeman explains the update around tax claims for internet and mobile phone costs.

I asked Tyler to call by to see me because I had an important update on his tax claims for the internet and mobile phone.

Last week the Administrative Appeals Tribunal of Australia (AATA) handed down a judgement on claiming internet and mobile phone costs.

In that case, a person had tried to claim their home internet, mobile phone and car use without good records.

I had found the case very interesting and wanted to share the news with Tyler.

“The AATA said the taxpayer was making claims in 2017 using percentages calculated on 2020 usage and found that this was not acceptable,” I told him.

“So it’s really important to keep a log for one month every year in the year that you’re claiming.”

The AATA also found that, in the case of the internet, it could be appropriate to check the records of the internet service provider to confirm how much use there was both by the taxpayer and other family members.

“So it’s really important to keep records not only of your data usage but of all other members of your household,” I said.

“If you don’t do this, your claim will be limited to $50. I realise this is quite difficult, but it’s only for one month of the year.”

Tyler was philosophical, saying: “That’s even more detailed than you had suggested before, but it does clarify what I have to do.”

The AATA also considered the question of mobile phone claims and found that the claim could not be based on the records of a prior year or a subsequent year, but only on records for the year in question.

“I am often told that the phone company doesn’t give records. If that’s the case, then your claim is limited to $50, unless you can prove otherwise.

“If you are also claiming for data on your mobile phone, again you need a record. It is obvious from this case that if you are challenged, a tax auditor is likely to go back and check the records of your internet service provider to see what data you accessed and when.

Interestingly, there were questions raised as to whether the taxpayer could have used a work phone. In the AATA case he was using his personal phone by choice and the tribunal held that it’s perfectly acceptable to use your personal phone even if you do have a work phone and you can make a claim.

“However, you do need to be able to justify that claim. So if I could remind you about this and suggest you tell all your friends to make sure they have good records if they’re claiming phone, internet, computer or car this year.”

Tyler said my update wasn’t exactly what he’d wanted to hear, but was grateful for the reminders to keep records.

If you need guidance on what you can claim in your tax return for the 2021 year contact the friendly team at Gail Freeman and Co Pty Ltd on 6295 2844, email info@gailfreeman.com.au or visit gailfreeman.com.au

This column contains general advice, please do not rely on it. If you require specific advice on this topic please contact Gail Freeman or your professional adviser. 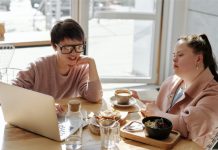 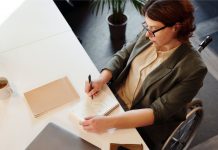 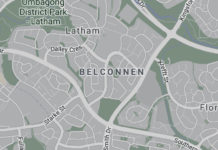 Review - June 11, 2021
0
Despite a slight hitch, “Burden of Truth” was a concert of the highest quality, says reviewer ROB KENNEDY.