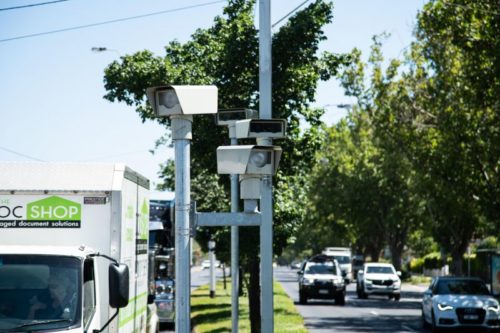 FEWER cars were spotted on ACT roads amid the COVID-19 pandemic last year, but the ACT government still reaped in millions of dollars in revenue off motorists from speed and red-light cameras.

The territory’s top-five earning traffic cameras caught more than 15,000 drivers altogether in the last financial year, according to a nationally privately-owned automotive publisher.

Based on the lowest possible traffic infringement – $297 for exceeding speed limit by up to 15km/h – five cameras alone account for more than $5.5 million in fines.

Four of the cameras were based on either the Monaro or Barton highways, including the three largest money-earners for the Barr government.

CarExpert.com.au identified Canberra’s most lucrative speed camera locations that was sourced from the ACT Treasury.

The ACT has 13 fixed speed and red-light cameras at nine locations and a further eight mobile camera vans.

A single pair of point-to-point cameras exists on Hindmarsh Drive after another pair having been decommissioned in 2016.

Monaro Highway, between Lanyon Drive and Sheppard Street, topped the list with 3433 infringements – an average of 66 fines a week – worth $1.26 million to government coffers.

Barton Highway, between Gungahlin Drive and Ellenborough, but also Curran Drive and Gold Creek, was the biggest speeding hotspot after drivers forked $2.31 million from 6341 combined infringements.

The Kambah locations of Drakeford Drive and Boddington Crescent have yielded up to 2700 infringements.

Monaro Highway, between Mugga Lane and Isabella Drive, round up the leading five traffic black spots with 2665 infringements.

The ACT government determines future speed and red-light camera locations based on a weighted-crashes-per-kilometre approach.

That comes from 10 years of crash data, with accidents that result in a fatality or injury multiplied by five.

For speed camera locations, the total count for the data is divided by the length of the road.

Fixed cameras are installed to address black spots, according to government, with locations determined from survey data on traffic volumes and speeding, if not crash data.

A mobile camera location is at least 200 metres from a change of speed limit unless it is in a school zone or roadworks zone.

Nick Overall - March 3, 2021
0
Three of the four main dams of Canberra, the Cotter, Corin, and Bendora are all sitting at 100 per cent capacity.... so much water; where has it all come from? NICK OVERALL takes a look.