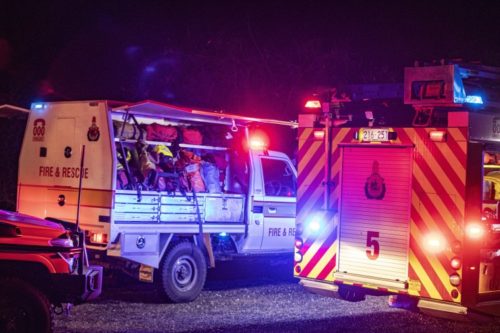 THREE people have been rescued from Canberra waterways in the past 24 hours, and the ACT State Emergency Service (ACTSES) has received a number of reports of "disaster tourism" – people purposely going to flood-affected areas.

While rain is expected to clear today (March 24), an ACTSES spokeswoman says rivers, creeks and storm water drains are still fast-moving and full of debris, and continue to pose a threat to people and vehicles.

"For your safety, please avoid going to flood affected areas where you can. Emergency services are still busy working in flood and rain affected areas, we ask that you please try and keep our roads clear," she says.

"The community is also asked to be aware of the danger that trees may pose after soil erosion from extensive rain. It is very common for trees to fall following downfalls of rain."

Since midnight Monday, ACTSES has received about 185 calls for assistance in relation to leaking roofs, fallen trees and flooded roads.

One-hundred and sixty-five jobs have been completed and ACTSES crews are out today completing the remaining 20 jobs.