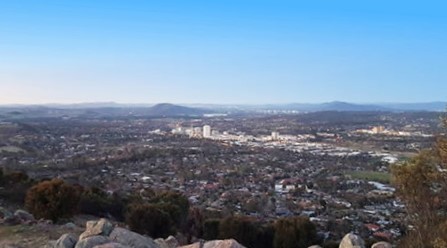 In this sponsored post, “CityNews” speaks with experts passionate about the Woden Valley.

WODEN Valley, one of the ACT’s original 18 districts used in land administration, has question marks around the origin of its name.

It is said to be named after a nearby homestead, whose owner Dr James Murray titled it “Woden” in October, 1837, after the Old English god of wisdom.

While, historian Dr Harold Koch believes the name may have its origins in the Aboriginal words “wadyan” or “wadhan”, meaning possum.

But regardless of its origin, the valley, subdivided into about 12 suburbs, is home to many experts that are passionate about where they work.

A FREE concert, organised by the Council on the Ageing ACT, will have the audience tapping its feet on Thursday, April 29, with some of the biggest hits of Broadway and London’s West End, says CEO Jenny Mobbs.

The “Silver is Gold Chief Minister’s Concert”, held at the Canberra Theatre Centre, will also see the Royal Military College Big Band perform classic tunes from some of the biggest bands of all time.

The concert will transport the audience back in time, says Jenny.

“There’ll be music from shows like ‘West Side Story’, ‘All That Jazz’, ‘Jesus Christ Superstar’, and bands like The Beatles and ABBA,” she says.

It’s just one of a series of events throughout the year organised by COTA ACT that Jenny says aims to “reimagine ageing” in the ACT.

“The concert will be a nostalgic 60 minute performance that will get the audience tapping their feet and it’s the perfect opportunity to get back out to the theatre after a year that meant people couldn’t,” she says.

And, Jenny says the event is free to attend with a gold coin entry.

WITH the snow season starting soon, Manuka Woden Physiotherapy and Sports Injuries Clinic principal Greg Nash is urging skiers or snowboarders to make sure they’re fit and ready before heading to the snow.

Whether it’s football, netball or snowsports, Greg says the best prevention against injury is fitness.

“If training is appropriate and focused, that’s going to be a nice way of preventing injuries,” he says.

With snowsports it’s often knees and wrists that are the biggest issue, says Greg, who will assess clients, looking out for muscle weakness and restrictions in range of motion and hypermobility.

He says people with pre-existing injuries from last season often think they’re okay until they’re on the field again.

“Physiotherapists are well placed to identify potential risks and problems like that because we see the results when they don’t get those problems fixed,” he says.

“If necessary, we can strap them or provide them with supportive braces.”

Greg is backed by 35 years’ experience working in musculoskeletal physiotherapy, sports injuries, and occupational health and safety, and splits his time between the Manuka and Woden clinics.

He says the Woden location, opposite Westfield, is wheelchair accessible and is positioned near the bus interchange, for people who don’t drive.

As for their Manuka clinic, Greg says it will reopen in the next few weeks, now positioned on the ground floor on Bougainville Street and with wheelchair accessibility and convenient off-street parking, which is free to clients.

Tailoring an holistic approach to health

THE exercise physiologists at Arthritis ACT, a non-profit that supports people with chronic pain conditions, illness and disability, work with patients of all ages and fitness levels to achieve their health goals, says CEO Rebecca Davey.

Based out of their Bruce and Pearce practices, Rebecca says their specialists develop individually tailored programs and can even see patients in their home or gym.

“Our exercise physiologists work with patients to make sure that they’re doing the right exercises [and] that they’re beneficial to their health,” she says.

That might include anything from tai chi classes that strengthen balance and address falls prevention, to hydrotherapy, which can improve overall aerobic fitness, she says.

The physiologists are part of Arthritis ACT’s holistic approach to treatment and work closely with physiotherapists, dietitians, osteopaths and counsellors, says Rebecca.

Arthritis ACT also treats the psychological components to pain, too, she says.

Sufferers don’t always understand the underlying trauma that can impact physical pain and through services such as art therapy, it can help to start their recovery, she says.

EXPERTS in signage, merchandise and graphic design for more than a decade, RoJo Customs has opened a new store, RoJo Signage, in Phillipthat specialises in signage and wrapping of all types of vehicles, says owner Rohan Thomas.

“Our team can wrap any vehicle, from large trucks to small minis, from vans to utes,” says Rohan.

“We get lots of clients bringing brand new vehicles to us and we do the rest.”

Now, Rohan says the team is excited to expand the business and bring their skills to Canberra’s south side.

“We see all types of businesses benefitting from advertising their business on a vehicle,” says Rohan

“Whether it’s tradies, IT, hospitality, the car wrapping really adds a boost to the brand recognition throughout Canberra and we can help with design, layout, ideas and more.” 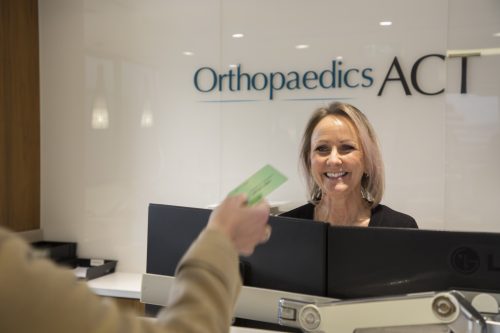 Based in a town-centre location, opposite Westfield Woden and close to the bus interchange, and in close proximity to both public and private hospitals, Deborah says Woden is geographically the centre of Canberra and a convenient, easily accessible location for patients with plenty of parking.

“We are co-located in a specialist centre with radiology, nuclear medicine and a physiotherapy practice,” says Deborah.

“Having multiple surgeons means we are able to assist from head-to-toe as well as being able to cross-refer within the practice, including utilising the services of our pain management specialist.”

Orthopaedics ACT also has a three-bed, nurse-led clinic for all post-operative care.

“Our surgeons treat in both the public and private systems, offering consultations, non-surgical and surgical solutions,” she says.

If needed, Deborah says Orthopaedics ACT’s trauma phone line is accessible to the referring doctor, available between 9am to 5pm, seven days per week to manage trauma injuries that don’t require a visit to the emergency department.

Runner reveals the importance of socks

HAVING the right socks for running is just as important as well-cushioned shoes, says long-time runner and owner of The Runners Shop, Nick Walshe.

Nick says they sell a range of sock brands, including Balega, Swiftwick and Injinji, as well as lots of other accessories, from shoes and hats to watches.

“And, no one wants to leave their phones at home, so we sell a variety of running belts that can hold them safely, as well as wallets and water bottles,” he says.

“Running is a good way to clear the head, and Canberra has so many beautiful open spaces to explore in the fresh air.

“We find that as people are getting fitter, and starting to go beyond 10-15 minutes of jogging or running for more than a few kilometres, they need decent running shoes.” 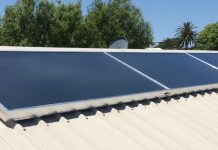 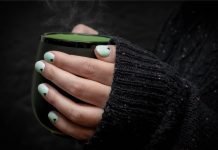 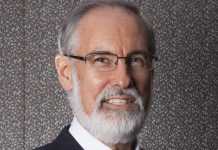 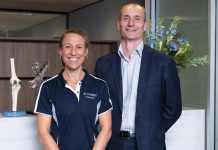 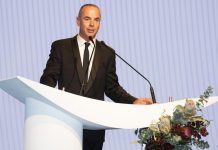 Winslet turns to crime and psychology