“MY theory is that if the teacher is enjoying what they’re doing, then it’s likely the students will.”

who has been awarded the ANU’s inaugural Patji-Dawes Award, a national award honouring outstanding language teachers.

Head of the school’s languages department, Sarah was a standout because she has embraced technology in her classroom.

“If it’s just the textbook lesson after lesson, they’ll switch off,” she says.

Ms Payne says she uses websites and online tools such as Language Perfect and GetKahoot.com to increase the fun in her classroom.

Director of the ARC Centre of Excellence for the Dynamics of Language at ANU, Professor Nick Evans, says the award is aimed at helping combat a decline in language studies in Australia.

“It’s a huge problem. Australia probably has the worst level of foreign language learning of any OECD country. We’re atrocious, and it’s going down,” he says.

WHAT has the Westpac Rescue Helicopter done for us, wondered citynews.com.au editor John Griffiths as he ambulated down Petrie Plaza past the enormously bewildering billboard outside the Westpac branch, loudly hailing the bank’s sponsorship of the helicopter service.

Well, the answer is nothing.

The bank doesn’t support the Canberra region’s much-admired Snowy Hydro SouthCare helicopter; it sponsors the Hunter Westpac choppers and the lifesaver chopper that operates out of Moruya for limited periods each year.

SouthCare CEO Chris Kimball says his chopper is the primary aero-medical and rescue chopper for the south coast from Ulladulla to the Victorian border, handling 180 missions to the coast last year from medical traumas and road accidents through to emergency patient transfers and search and rescues. It also covers the ACT, Riverina and Snowy Mountains.

Which makes the bank’s Big Deal marketing billboard something of a waste of space in this community. Time they kicked the SouthCare tin.

Parcel‘s delivery from disaster  STILL wandering the city, John Griffiths reports: “As the gargantuan Mayfair development claws its way into the sky on Alinga Street there’s a nice little touch surrounding the public art that used to be on the corner of Alinga Street and West Row.”

He says that hoarding signage promises “The Parcel” has merely been concealed and will be returned on completion of construction.

So he legged it up the stairs to the largely redundant skyway to snap the protected parcel in its nifty new skin.

Goodbye the buzz of tongues

WITH  the nation’s pollies having decamped for the summer, “CityNews” arts editor Helen Musa, while researching poet and socialist Dame Mary Gilmore (she of the $10 note) for a couple of recent stories, came across Gilmore’s poem “Canberra in Recess”, published in the local daily and dated December 24, 1932, and extracted the following:

Where is the buzz of tongues, the slow

The rampant party-wheeler’s roar, the snap

Of some swift interjector’s scrap:

…All gone: the fly moves aimless on the air,

The beetle climbs upon the stair,

The spider spins in the Speaker’s Chair.

TONY Stubbs, CEO of the local outpost of the Heart Foundation, has got hold of a Swedish study that says drinking two or more glasses of soft drink a day heightened the risk of heart failure in men.

The study of 42,400 men found the habit was associated with a 23 per cent higher risk of developing heart failure.

“Through the Heart Foundation’s LiveLighter campaign, we are encouraging Canberrans to avoid sugary drinks and choose water instead.”

Where the sun still shines…

FEAR not the future architects, accountants and salespeople, for recruiters Hays says their jobs are among the enviable professionals who do not need to “future-proof”’ their careers, such is the demand for their skills and experts in these fields are in such short supply.

According to the latest Hays “Quarterly Report” of skills in demand, experienced professionals working in accountancy support, financial planning, healthcare, insurance, legal firms and marketing are also in high demand and are not expected to see demand wane any time soon.

“I HAD Canberra’s mobile motor mower repairman, Tomas Golej, here today to give our mower its annual service,” writes Weston snout John Milne. “He has given it a new lease of life and cleaned it up well. I could recommend Tomas.” Thanks John. Tomas can be contacted at 0407 903892 or email mo-rep@hotmail.com 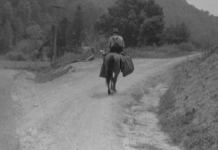 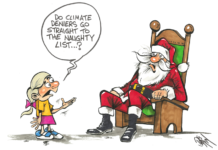