ONE of Australia’s top bands, the Royal Australian Navy Band, is coming to town to commemorate the centenary of the signing of the World War I Armistice.

The concert will pay tribute to those who fought, the families and communities left behind, and their legacies.

“CityNews” understands that under what used to be called a “gentleman’s agreement’ – there are plenty of women playing these days – the Navy Band focuses its attention on Sydney, while Canberra is served by the Army Band and Melbourne by its Air Force counterpart.

Leading seaman musician, flautist Svetlana Yaroslavskaya, told “CityNews” that Navy vocalist, Mark Nivet, would lead the audience in a sing-along of World War I patriotic and recruitment songs such as “Australia will be There,” and the satirical “Oh What a Lovely War”.

Born in Trinidad, Nivet came to Australia when he was six months old and joined the Australian Defence Force in 2012. Since then he has performed at the Royal Edinburgh Military Tattoo in Scotland, at The Menin Gate in Belgium and during the Anzac Dawn Service in Gallipoli, Turkey, in 2017 and 2018.

As well, Yaroslavskaya said, the band would perform the world premiere of a composition by Sydney composer Martyn Hancock, “First Victory”, newly-commissioned in honour of the 1914 Sydney-Emden battle at Cocos (Keeling) Islands. It was recorded in September by the Navy Band under the baton of RAN Band Sydney’s director of music, Lt Brian O’Kane and CDs will be available at the concert.

The show would include an Australian composition, “Ships Without a Name”, by Matthew Klohs, written in memory of Australian World War I submarines AE1 and AE2. Both those works would be performed with narration, giving the background to the events commemorated.

In more sombre moments, “Ode to the Fallen”, “The Last Post” and “Reveille” will resound through Llewellyn Hall, along with a minute of silence.

While the Royal Australian Navy Band is the largest-scale musical event of the Remembrance Day season, it won’t be the only one.

Arts and Veterans Minister Gordon Ramsay told “CityNews” that 11 different musical commemorations would be held across the city in honour of veterans, part of the national “Stop the Nation” commemorations marking the centenary of the World War I Armistice.

Also on the Sunday, ANU Choral Society, SCUNA, will commemorate the Armistice in “For the Fallen,” a performance of Brahms’ “Ein Deutsches Requiem”, conducted by Leonard Weiss and featuring Canberra soloists Rachael Duncan, Colin Milner and Anthony Smith, as well as an orchestra of local musicians.

They say Brahms wrote this requiem as a way of grieving for the death of his parents, shying away from Latin liturgical texts to focus on the people left behind who must find joy after the sadness passes.

In marked contrast, Canberra’s A Chorus of Women, joined by top local musicians and a children’s chorus will “remember” with “The People’s Passion”, a reworking, conducted by Johanna McBride, of Glenda Cloughley’s 2015 community oratorio, “A Passion for Peace”.

This is a musical retelling of the story of women from warring and neutral nations who gathered in 1915 for what they note was the only peace congress of World War I that set a 100-year agenda for advances in human rights. And peace, they say, is often forgotten in such commemorations. 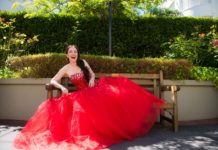 Helen Musa - October 26, 2020
0
Canberra will be deluged with more than rain this week as its musicians begin to emerge from isolation, writes arts editor HELEN MUSA in her daily arts round-up.