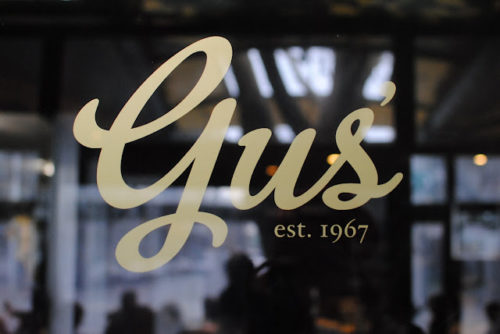 A GEOCON spokesman has confirmed its plans to demolish Bunda Street’s heritage-listed cafe, Gus’ Cafe, to make room for the construction of an 11-storey hotel, Canberra City Luxury Hotel.

“Geocon has passed all heritage checks and tests for the development to proceed,” he says.

“The heritage value relates to intangible characteristics associated with the culture of Gus’s rather than the physical building [so] the existing building will be demolished.”

Once construction has finished, the Geocon spokesman says Gus’, the first outdoor pavement cafe in Canberra and one of the first European-style cafes in Australia, will be demolished a new cafe will be reinstated in the same spot with the same character, look and feel.

“Tenants have been engaged and informed of these plans,” he says.

Constructed in 1960, the cafe was named Gus’ in 1970 when Augustine (Gus) Petersilka acquired the lease. The story behind the cafe has since become part of Canberra’s folklore after it saw Gus, who emigrated to Australia from Austria, repeatedly battling with authorities to bring his relaxed social European style of outdoor dining to life in Civic.

The Department of the Interior regarded the café as a health hazard and one morning, in 1970, Gus came to the cafe to find that his tables and chairs had been taken away on the back of a Department of the Interior truck. With backing from the public, the tables and chairs were returned and Gus was granted a six month trial of his outdoor coffee lounge concept, with regulations, which Gus ignored.

The café’s popularity grew along with its seating and by September 1970 a further six-month trial was agreed to with Gus applying to leave tables outside in the evening by February 1971.

In September 1972 Gus applied to erect an overhead shade to cover what had developed into an outdoor eating area to seat 55. The authorities (now in the form of the National Capital Development Commission) denied permission for the canopy but in September 1974 Gus proceeded with the building of posts for his desired shade cover despite the threat of legal action by the authorities.

In November the authorities responded by confiscating Gus’s chairs, tables and shade posts giving rise to a vocal public debate (including supportive public petitions) regarding outdoor public dining in Civic.

The publicity and public support for the concept of Gus’ Café resulted in the provision of licences for footpath café use in November 1974 and the approval for a shade canopy at Gus’ was approved in November 1975.

In 1978 Gus was declared Canberran of the Year and the Canberra Recognition Committee had a memorial plaque placed in the pavement outside the Café in 1998; a street in Gungahlin — Petersilka Street — was named in his honour in 2002 and he was publicly named as one of the 100 most important and influential Canberrans by Canberra’s local ABC Radio 666 in 2003. Almost every Canberra café now has tables and chairs on the pavement. 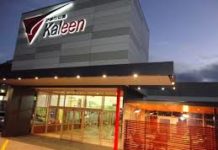 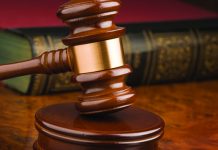