The Canberra Raiders say the three-time Meninga Medallist continues to be one of the most consistent and integral parts of the Green Machine and has become one of the genuine superstars of the game.

Earlier this season Papalii played his 200th NRL match for the club since debuting in 2011 and has now played 215 matches for the Raiders.

Papalii said the deal would effectively make him a Raider for life and his home was well and truly in Canberra.

“I love this club and I love Canberra,” Papalii said. “This is my home now and my family and I are very happy to be remaining with the Raiders and in Canberra.

“I came here as a junior player, made my debut here and played my 200th NRL game here and there’s no other club I want to play for.”

Raiders CEO Don Furner said extending Papalii’s deal was huge for the club, as he’s become a player the club can continue to build their future around.

“There’s no doubt Josh has developed into one of the all-time greats of our club and he is now recognised among the game’s elite superstars,” Furner said.

“His commitment to the club and the city of Canberra is wonderful to see and we know we have a player who we can continue to be a big part of our club for years to come.” 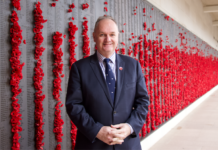 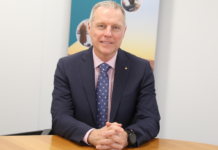