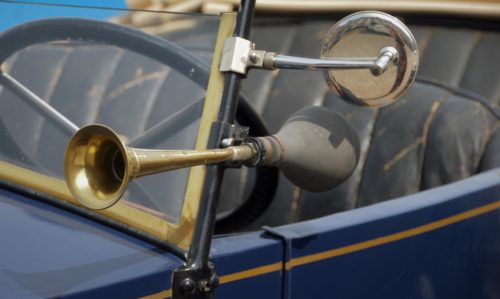 Columnist CLIVE WILLIAMS responds to some harsh criticism over his comments about, wait for it, car horns!

I RECENTLY wrote a column about the things that make me grumpy (CN October 20). In a subsequent letter to the editor, Shirley Llorens, of Chapman, took me to task for saying: “Unnecessary use of car horns seems to be linked to ethnicity, so those drivers are probably not retrainable”.

Shirley complained that “Linking the use of car horns to ethnicity is racist.”

The “Oxford Dictionary” definition of being racist is: “The inability or refusal to recognise the rights, needs, dignity, or value of people of particular races or geographical origins.”

My contention is that linking the use of car horns to ethnicity is not racist, but simply a statement of fact.

Anyone who has travelled internationally knows that different cultures have different attitudes to the use of car horns. Those ethnic groups have often brought their home attitudes to Australia with them.

In some cultures, the car horn is used as a means of communication or to warn another driver that they are getting too close.

In Cairo, for example, the roads are wide and they have no lanes marked. Cars tend to drift sideways until someone honks them to let them know they are intruding into someone else’s space, leading to a continuous cacophony (carcophony?) of different vehicle horns.

In Italy and Africa, the honking of car horns is used as a sign of happiness and wellbeing. In America, it can also be a sign of one’s religious or political commitment. It’s not uncommon there to see bumper stickers saying: “Honk if you love Jesus”.

In other countries, drivers honk their horns when they see a friend walking down the street. In countries where there are fewer vehicles, such as rural South Asia, the horn, often multi-tonal, is used to alert villagers to the approach of a distant transport vehicle.

The “ACT Road Rules Handbook” (January, 2019) states about horn use: “Only use your horn or warning device to warn other road users of danger.”

That is the culture I grew up in, so I rarely use my car horn. In pre-multicultural Australia if you used your car horn unnecessarily, there was every chance of you becoming a road-rage victim.

Sometimes the horn can signify both a celebration and warning as in: “Mummy, what are all those cars’ horns honking for?”

“I thought the horn was supposed to be used as a warning?”

In Western Europe, car headlights sometimes take on the role of car horns. Flashing car headlights behind another on a freeway means get out of the fast lane or give way to me. Confusingly, in the UK it also means I’m giving way to you. Context is therefore important.

In Australia, tooting your horn or flashing your car headlights at oncoming traffic used to be a signal that you had passed a police speed trap. The claim that you were preventing an offence from being committed did not go down well with police if they caught you doing it. But I digress.

Modern life has probably made the “ACT Road Rules Handbook” a little outdated. I think it’s acceptable these days to give the horn a quick tap if you’re the second car at the traffic lights and the first car makes no move when the lights turn green. It’s usually because the driver is fiddling with his or her smartphone. (Note: I am trying to avoid sounding sexist.)

Some Canberra drivers use their horns to warn grazing curbside kangaroos not to jump in front of them. I’m not sure that’s an effective tactic given the number of kangaroo/car collisions.

Some do-gooder Canberra drivers use their horns self-righteously as a rebuke to drivers who have done something they disagree with.

It’s not uncommon now for Canberrans to honk their car horn twice as they drive off after a visit to a friend’s house. I think that’s because car windows are often so tinted (not permitted when there were annual ACT vehicle checks) that car occupants can’t be seen waving goodbye.

An important variable is of course the length of the horn sound. A brief polite toot to get someone off their phone at traffic lights is entirely different to a prolonged angry blast.

As you can see, there’s a whole lot more to ethnicity and car horns than you might have thought possible.

Clive Williams is a Canberra writer and commentator.