YOU might wonder why the National Museum of Australia is staging a blockbuster exhibition of modern Chinese art. Wouldn’t that be happening in an art gallery rather than a museum?

Not at all, says director Andrew Sayers.

“I think the museum’s got a role in giving context to art,” he told “CityNews”, adding that a Papunya exhibition and the enormously successful Canning Stock Route show both did that for Aboriginal art.

The show, from the National Art Museum of China, will be the second part of a reciprocal arrangement that began last year when “Papunya Painting: Out of the Australian Desert” toured to China after the Department of Foreign Affairs and Trade suggested it would be a good match for “Imagine Australia, the Year of Australian Culture in China.”

Now it’s the Year of Chinese Culture in Australia. The deal was set up years ago by his predecessor Craddock Morton, but Sayers was consulted extensively on what kind of contemporary art he thought would be relevant to Australia.

Easy. The Asia-Pacific Art Triennial in Brisbane covers the very latest Chinese works, but Sayers spotted a gap in the art of the ‘50s to the ‘80s when a strong social realist painting tradition reigned supreme.

Happily, in 2009, the Chinese museum staged a show covering 60 years of art in China from 1949 on, so he opted for a selection from that.

In this Canberra-only show there will be sculptures and video installations, Sayers says, but it’ll mostly be oil and ink paintings accompanied by a 182-page catalogue taking us through the entire modern era of Chinese art.

He believes we’ll get a fascinating show of “the way in which traditional forms have been used to express contemporary themes”. There are remarkable vertical ink paintings showing workers, nurses and even Chairman Mao on the march.

Unsurprisingly, many of the works deal with patriotic themes. One of the largest will be a huge 11m-long work called “Red Star Over China” done in 1987 by Jiawei Shen before he came to live in Australia.

Sayers later commissioned Shen to paint the portrait of Princess Mary of Denmark when he was at the National Portrait Gallery. A measure of Shen’s political journey is that he also did the portrait of John Howard for the Australian Parliament. 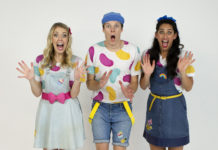 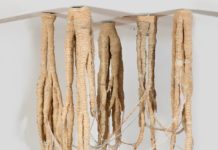