The traditional Japanese martial art of Iaido is a great way for women to train because it’s not combative, says local student and assistant instructor Majdie Hordern.

“It’s one of those martial arts that are fantastic for women, because of the performance aspect, the aesthetic… chicks look good with a sword in their hand. It’s ‘Kill Bill’ without the yellow leather suit and blood,” she says.

Majdie is part of the Kuroyamakai (Black Mountain) Dojo in Acton, and won second place in the Iaido Shodan (first degree black belt) Kata category competition at the 2011 Australian Iaido and Jodo Championships earlier this year. For the last couple of years, she has been the MC at the Japanese Nara Candle Festival held in Canberra in September, and her husband Darren Boyd is also a dojo member.

“I spent some time working in Japan many years ago, and I was a high school exchange student there as well. When I was there, I did a little bit of kendo, which is Japanese fencing, but Iaido is the first martial art I’ve ever studied.

“I liked the idea of swordsmanship, but kendo was a bit too one-on-one, too combative.”

Iaido centres more on executing particular moves and techniques alone: a performance as opposed to a bout. Kuroyama Kai Dojo principal instructor Damon Schearer describes the art as “swordsmanship based on ancient techniques that allowed Japanese warriors to be able to intuitively respond to an attack by quickly drawing their sword, performing a series of cutting actions and re-sheathing the sword from a series of seated and standing situations.”

“This makes it a great martial art for women, though the majority of practitioners are still men,” says Majdie.

“It’s about mental discipline and perfecting your technique more so than the practical application. In day-to-day life it’s not very often that you’re going to get into a bar fight with a Samurai sword in your hand – you’d be arrested before you got anywhere near the pub!

“Instead, you stand alone and perform your kata. If someone does Iaido well it’s quite beautiful to watch, like a dance.”

The dojo has just included “Tameshigiri”, the art of target cutting with a sharp sword, usually using specially prepared tatami mats (the type of mat commonly used in Japanese homes) as a target.

“It gives you more of an opportunity to assess your technique, because you’re actually putting your sword to wood,” Majdie says.

“Normally when we train we use a blunt sword, but for Tameshigiri we use a different, sharper sword, what we call a “live” sword. It’s a bit like a gun range in that we only have one person with a live blade at any one time, we don’t have people gathering around and there’s no horsing around!

“The first time I used a live blade I had to keep saying to myself, ‘don’t drop it, don’t let it slip, don’t let your fingers anywhere near it’ – they’re very, very sharp.”

Majdie hopes to travel to Japan again and visit local dojos, she says, adding that Iaido is “like Rotary – You can travel anywhere around Australia or round the world, and if there’s an Iaido club, you can walk right in and say: ‘Can I come to your training this week?’ In Iaido, you’re welcome anywhere.” 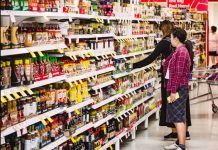 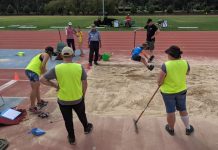 Michael Moore - May 12, 2021
0
"In an attempt to deal with the pandemic, there has been huge financial support from taxpayers. Governments are right to support a waiver of the international restrictions on vaccine patents," writes political columnist MICHAEL MOORE