“I HAVE an obsession with vintage – seriously, I have a problem,” confesses Janette Vonthethoff, who is bringing a touch of yesteryear to Lyneham with her vintage clothing shop April’s Caravan.

“I live and breathe vintage. Even my kettle and toaster are vintage. It’s ridiculous and over the top, but I just love it!”

Mildly disappointed that her white go-go boots were being repaired on the day “CityNews” called by, Janette says she loves to dress up.

“It doesn’t matter if I don’t feel like it some days, I always go for it and it makes me feel good,” she says. “I love the 1940s, but my favourite era is the 1960s… the freedom, the colour, the fake fabrics… I just love polyester and crimplene!”

April’s Caravan, made up of vintage clothes and accessories from Janette’s own collection, is based at Lyneham’s Front Cafe and Gallery which Janette also manages. While the location isn’t entirely permanent yet – April’s will move out at the end of June when an art exhibition moves in – she will be back, with a more permanent fit-out on August 1.

Janette says she started collecting vintage clothes when she was 15 in high school. “It’s all my personal stuff. I never wanted to sell any of it,” she says. “But eventually I had no space left in my house. And I couldn’t stop buying more.

“At first it was really hard to put the clothes out there… I was very possessive of them! I loved it all, but I was worried, you know, what if people say ‘what is all this crap she’s got?’ It was a real phobia.

“But the response has been amazing.”

Taking on the alter-ego of April was something of an accident, she says.

“I bought my 1950s caravan in April last year, so it became known as April, but then when a friend made me a Facebook page she called it April’s Caravan, so now I’ve become April. It’s quite fun to have an alter-ego!” she says.

The plan, says Janette, is to have the caravan renovated and then set up outside the Front for gigs and vintage-clothing sale party nights.

She says she also hopes to create an extension of April’s Caravan that will include furniture, bric-a-brac and vintage hairstyling.
It’s about more than just the clothes to Janette; she says it’s the history behind each piece that makes vintage so special.

“At first I couldn’t price any of my clothes for sale – I was too close to it all. I had to get some friends to do it for me and gradually I felt more comfortable with it.

“Particularly because I want the clothes to go to the right person. Because then it’s like it’s going home. If someone can’t afford an item then I’ll hold it for them for as long as they need. I just love seeing people wearing something from the shop – I always recognise my clothes and it makes me so happy.

“I can see when an item is really special to someone and it gives me a nice feeling.” 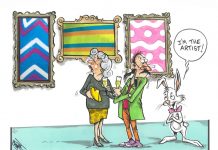 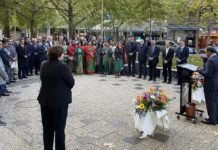 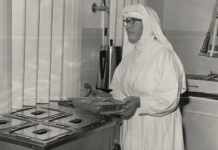 How a family care centre grew from a sheep paddock