A Sydney-to-Canberra high speed rail link could be up and running in 17 years, according to an Australian government report recommendation. 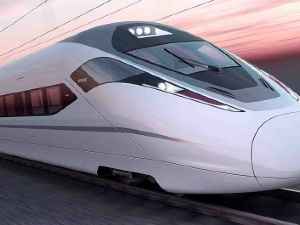 Findings from the High Speed Rail Advisory Group, released today, show rail would come with a $23 billion price tag and a fare of $42 to $69.

The study said construction of a high-speed railway in between Canberra and Sydney could start in 2022 and be running by 2030, and travelling time between the two cities would be a little more than an hour on trains travelling up to 350 km/h. A Melbourne-Sydney link, with a travel time of 2 3/4 hours, could by running by 2035.

The report reinforces Civic as the ACT’s preferred station, saying it would deliver $2 billion to $3 billion more user benefits compared with a station at Canberra Airport.

Canberra Business Council CEO Chris Faulks says while he welcomes the report findings, he is disappointed Civic continues to be “mooted as the preferred location for a Canberra station rather than the Airport.”

“This requires expensive tunnelling under Mount Ainslie and the station would have poor connections to the road network and of course car parking is limited in the city centre,” Mr Faulks says.

“In addition, the report seems to base its findings on the population of the ACT alone in order to conclude that Civic would be the optimal site. It needs to consider surrounding towns and regions, such as Queanbeyan, whose residents would be more likely to utilise HSR via a station at the Airport. Canberra’s immediate catchment area is home to about 600,000 people.”

Regional stations have also been proposed, including Wagga Wagga, Albury Wodonga and Shepparton.