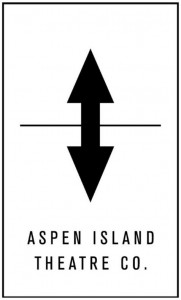 “Embattled Arts Minister Joy Burch has presided over yet another example of bad judgment and appalling taste by granting over $18,000 to a theatre group to develop a work with the completely inappropriate title of ‘Kill Climate Deniers’,” Brendan said.

“Unfortunately, it is just the latest in a very long list of foolish, irresponsible and inappropriate actions by this Minister. From putting Labor Club membership forms in show bags to give to school children or re-tweeting vile obscenities about Federal Ministers, to allowing Nazi strippers to appear at the Multicultural festival, this Minister clearly has neither the judgment nor wisdom for this job, and is wildly out of step with appropriate of acceptable uses of taxpayers’ money.

“I call on the Minister to immediately review this decision and explain to the people of Canberra why they are paying $18,000 to create a work called “Kill Climate Deniers,” concluded Mr Smyth.

But it doesn’t end there.

The blogging heart of climate change denial, Watt’s Up With That is calling for their army of winged monkeys to descend on the local theatre company’s contact page.

I shall be on stage myself in Australia in a few months’ time. Perhaps the Government of the Australian Capital Territory could just eliminate the middle man and give me $18,793 to kill myself.

It’s certainly a lot of publicity for the local theatre scene.

UPDATE: Joy Burch has responded with these words:

“The Canberra Liberals have once again shown their willingness to trash individual artists’ reputations to score cheap political points.

“This funding was announced more than a week ago, yet it has taken the Liberals’ arts spokesman until today to jump on the bandwagon.

“Mr Smyth is either unaware of the artistic credentials of the Aspen Island Theatre Company or is prepared to ignore them for his own political purposes. Either way, it is an indictment of his understanding of and commitment to his portfolio.

“Decisions on arts funding are made by a panel of peers who assess applications based on artistic merit. I have great faith in the panel of artists who recommended this grant and 48 others in this record funding round.

“The Canberra Liberals seem to think that Ministers should be in the business of censoring artists based on kneejerk reactions rather than taking measured advice from highly-regarded members of Canberra’s arts community.”

Now the show is the most famous ACT arts project in history one hopes it comes out as a good one.

Further Update: On their Tumblr the Kill Climate Deniers crew are pointing to the opening words of their play from May in which they eerily predicted Brendan’s response:

politician: I am appalled and disappointed that this organisation has chosen to fund a theatre project entitled ‘Kill Climate Deniers’, using, let me remind you, taxpayer money. I understand it to be an egregious and offensive piece of leftist propaganda. I haven’t read it, nor do I intend to. I have no desire to engage with the work itself, or to discover that it might be more complex and layered than its title suggests. I am only interested in using it for short-term political leverage and to stir up some outrage to distract from how little I myself am doing with my taxpayer funded salary. This by the way Australia is an example of the leadership your country has to offer you.

Playwright David Finnigan had this to say:

for a brief second I was worried my #1 prediction when writing this script wouldn’t come through.