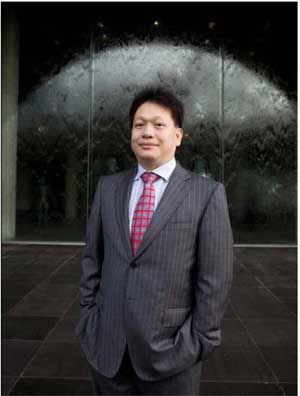 COMMONWEALTH Minister for the Arts George Brandis has announced the appointment of Mr Jason Yeap OAM as a member of the Council of the National Gallery of Australia.

“Mr Yeap is chairman of both Mering Corporation Pty Ltd and Herbaceutic Holdings Ltd. He has been a managing director of several private companies and was a senior partner with Stamford Lawyers,” George said.

“Mr Yeap has an outstanding record of community service including serving on a number of bodies such as the National Gallery of Victoria Foundation; the Murdoch Children’s Research Institute; the University of Melbourne Campaign Board; and the Australian Government’s Trade and Investment Policy Advisory Council. He is patron of Multicultural Arts Victoria, and an ambassador for the Australia Day Ambassador Program.

Mr Yeap’s appointment is for a period of three years.

The Minister extended his thanks to outgoing Council member Mrs Jeanne Pratt AC for her valuable service to the National Gallery over the last three years.