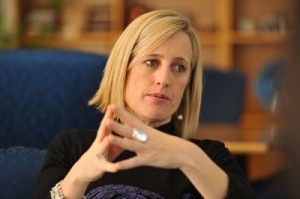 ACT Labor’s Administrative Committee has endorsed Katy Gallagher to replace Senator Kate Lundy as the Labor Senator for the ACT.

“At the close of nominations, our General Returning Officer had received a single nomination, from Ms Gallagher, therefore she has been declared elected” ACT Labor Secretary Matt Byrne said.

“I would like to thank the ACT Labor membership for giving me the honour of representing the ALP in the Senate. It’s a huge responsibility and one which I will undertake to the best of my ability. My priorities will be to defend Canberra, to represent our local community and to work hard to see the election of a Shorten Labor Government in 2016″ Katy said.

Ms Gallagher has advised the Speaker that she will formally resign from the ACT Legislative Assembly on Tuesday 23 December.

The Legislative Assembly is expected to nominate Ms Gallagher to the Senate next year to coincide with Senator Lundy’s retirement.