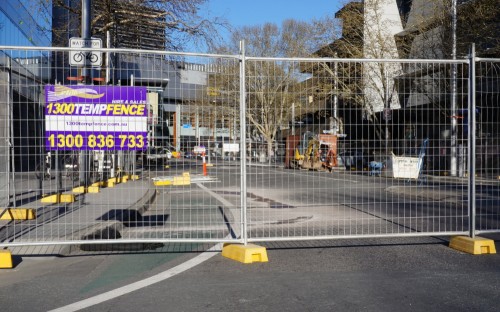 SIMON Corbell has triumphantly tabled a report saying the ACT has the safest roads in Australia.

The ACT Road Safety Report Card for 2013 is the second such report second since the National Road Safety Strategy was endorsed.

“This year’s report card includes performance data and information on key programs and other initiatives progressed in 2013, including expansion of ACT Policing’s Road Safety Operations Team, the introduction of reduced speed limits in areas of high usage by vulnerable road users, and the alcohol interlock scheme,” Simon said.

“The expansion of ACT Policing’s Road Safety Operations Team earlier this year followed the signing of the 2013-14 Purchase Agreement for policing services, which included a ministerial direction for police to have a continued focus on road safety issues, particularly in relation to anti-social and dangerous driving.

“In support of this direction, the government provided funding of $5.040 million over four years, including approximately $1.2 million for three additional vehicles and eight officers in ACT Policing’s Road Safety Operations Team.”

The report shows that in 2013, there were 7,863 on-road traffic crashes reported in the ACT, involving 15,399 vehicles. These crashes resulted in 792 casualties, including seven fatalities and 140 hospital admissions.

“The government will continue to work with the road using community on further initiatives that will reduce the number of people killed and seriously injured on ACT roads,” Mr Corbell said.

The ACT Road Safety Report Card for 2013 is available on the Justice and Community Safety Directorate’s website at www.justice.act.gov.au.