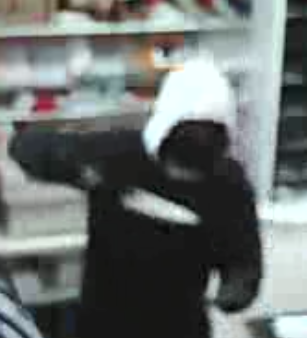 ACT Policing is seeking witnesses to an aggravated robbery in Rivett this morning (Wednesday July 30).

About 7.45am, a man entered the Rivett Newsagency holding a large kitchen knife and demanded cash from the shop attendant. The staff member complied and handed the offender a sum of cash.

The offender is described as being a male, 5’11” (180cm) tall and possibly aged in his teens or early twenties. He was wearing black ‘Puma’ brand track pants with a white stripe down the leg, a black jacket over a white hooded jumper, a black balaclava, black gloves and white shoes.

Police, along with AFP Forensics Services, attended the scene, spoke with witnesses and obtained CCTV from the area.

Witnesses outside the shop identified that the male fled on foot in a north-westerly direction towards Bangalay Crescent.

Police are urging anyone who saw or heard any suspicious activity in the area of Rivett Shops or may have any information to contact Crime Stoppers on 1800 333 000, or via www.act.crimestoppers.com.au. Information can be provided anonymously.