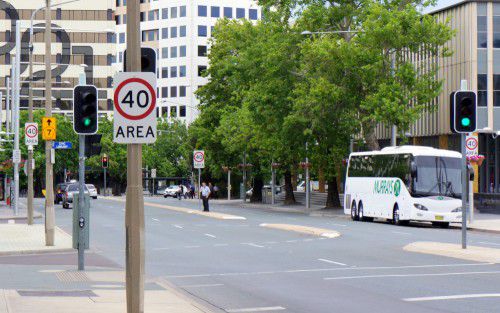 “The ACT Government started introducing 40 km/h speed limits in Canberra’s town centres in 2011 after being introduced via the first Greens-Labor Parliamentary Agreement. They have now been successfully introduced in Woden, Gungahlin, Tuggeranong, Belconnen and the City,” Shane said.

“All Canberrans are invited to provide feedback on the proposed precinct boundaries for their group centre by completing a feedback form at timetotalk.act.gov.au or at any public library.

“Slower speed environments improve safety for all road users and help draw more pedestrian activity to the area. They help to create safer and vibrant community areas across Canberra.

“Following input from the community, the 40 km/h speed limit precincts will be finalised for the 18 group centres and progressively introduced in 2015.

“As with the introduction of previous precincts, after six months we will conduct an evaluation to determine their effectiveness in improving safety for vulnerable road users. This will again include feedback from the community as well as traffic surveys,” Mr Rattenbury concluded.