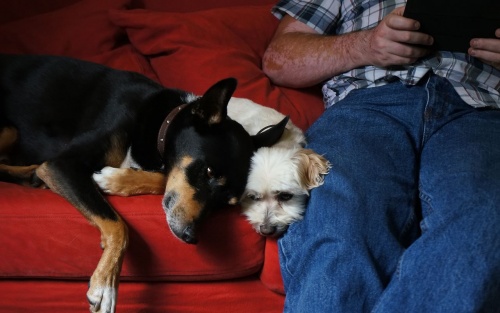 SHANE Rattenbury has introduced the Domestic Animals (Breeding) Legislation Amendment Bill 2015, which is intended to prevent intensive breeding of domestic animals for the pet market, known as puppy and kitten farms.

“The Bill seeks to avoid the serious animal welfare issues that we have seen in other states with intensive pet breeding operations that treat dogs and cats only as money-making machines, placing the operator’s profit above their animal’s health and welfare,” Mr Rattenbury said.

“Life for a female dog or cat in an intensive breeding facility is unimaginable. These animals are often permanently housed in empty pens, deprived of social interaction, exercise and responsible health care for their entire lives. In an effort to increase profits for the operators, female dogs and cats are continually impregnated and bred as often as possible, sometimes every time that they go into heat.

“The ACT Labor-Greens Parliamentary Agreement contains a commitment by Government to introduce legislation to regulate the sale and breeding of cats and dogs. The first part of this was achieved with the introduction of the Code of Practice for the Sale of Animals within the ACT in October 2013. This Bill is the second step in fulfilling the Agreement’s objectives.

“This new legislation will criminalise the intensive breeding of female dogs and cats and introduce appropriate penalties for people who exploit animals for the pet market.

“New offences are proposed under the Bill, including recklessly allowing a dog or cat to breed contrary to declared standards. These standards, which are still to be declared following advice from the Animal Welfare Advisory Committee, will cover areas such as frequency of breeding litters and ages at which breeders are permitted to commence breeding female cats and dogs.

“The Bill also creates a second, higher offence of intentionally allowing, for profit or commercial gain, breeding contrary to a declared standard and will also permit the declaration of a code of practice on the breeding and selling of dogs or cats with hereditary defects.

“The legislation will establish a licensing scheme for dog and cat breeders, which will allow for the inspection of breeders’ premises to ensure that intensive breeding is not occurring.

“The scheme has been through extensive industry consultation to ensure that it is simple and resource-effective for breeders.

“The community expects that pet breeding practices are undertaken within appropriate animal welfare standards and it is important that we have strong legal framework in place to support this. This legislation will ensure that breeding in the ACT is undertaken with the best interests of the animal in mind and that legal action can be taken against irresponsible breeders,” Mr Rattenbury concluded.