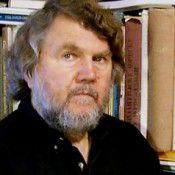 IT was once famously reported that French painter Jean-Baptist-Camille Corot in his lifetime completed about 2,500 paintings of which 7,800 are now in American collections.

The gentle Corot did little to help his own cause and would obligingly sign fakes, made by needy artists, reasoning that if a collector was so ignorant as to accept such rubbish as an authentic Corot, he might at least have a real signature for his money.

This cavalier attitude did cause problems for posterity and despite a huge effort and the undisputed significance of Corot in any account of 19th-century European art, prices for his art have suffered.

A key to the problem of fakes in art is collectors who “collect with their ears”, rather than with their eyes. In other words, it is an obsession with names of artists, instead of the quality of the art. Buying an autograph work, in the mind of a collector, equates with owning a piece of the artist’s genius, with the name of the artist as the cherished commodity, while the quality of the art object often of secondary concern.

If more attention was paid to the quality of the artwork and less to the signature, fewer people would be duped into buying fakes. Picasso when questioned whether he always remembered his own paintings, answered the reporter: “If I like it I say it’s mine. If I don’t I say it is a fake.”

The current dispute over the work of Brett Whiteley is a case in point. Two paintings hanging in a Melbourne court room are, according to Whiteley’s ex-wife Wendy, “fakes”.

By the time Whiteley died in 1992, aged 53, he had created a huge, but uneven, oeuvre. At his best, he was one of the finest draughtsmen that Australia has produced and a number of his paintings are stunning and memorable.

The paintings in dispute appear as poor echoes of the Whiteley style. What has been disappointing is the defence which has been trotted out that Whiteley must have created these pastiches in some drug-induced haze.

Surely we have had enough focus on the artist’s colourful biography. He has been dead for almost quarter of a century and we need to critically assess his contribution as an artist. This would make it simpler to differentiate the authentic work and fakes designed for collectors with glass eyes.

The trade in fakes

Fakes in art have been a blight on the art trade for decades.

In Australia, the Sydney artist Will Blundell has attained a degree of notoriety. He painted what he termed “innuendos”, paintings in the style of Russell Drysdale, Charles Blackman, Arthur Streeton, Arthur Boyd, William Dobell, Sidney Nolan, Lloyd Rees, Brett Whiteley as well as Claude Monet and Picasso.

His dealer, Germaine Curvers, sold those paintings allegedly as originals at prices which later reached up to A$65,000 at auction.

Blundell is prolific and claims to have painted about 400 Whiteleys alone. He argued in his defence that he sold his paintings as his own improvisations which Curvers resold as originals. The Sydney Morning Herald reported in 1998:

In 2002 the Supreme Court ruled that the 917 paintings in the Curvers estate, most of which were “innuendos” by Blundell, could be sold on the art market. The problem may not be essentially with the maker of the work, but with the secondary market which may rebadge it.

Auction houses continue to be nervous with the stream of high quality fakes with faked provenances.

Irresponsible and distorted claims of fraud in the popular media have threatened the major multi-million dollar art industry in Australia. Art crime is often a hidden crime as many public galleries do not report theft which would show their security as being inadequate and private collections may not wish to call attention to their collections. The legitimate art market often unknowingly passes on stolen art, and the criminal art market operates in quite a different way to the general market for stolen goods.

There are about 15 known fakers at work and an unknown number or minor forgers who rebadge anonymous paintings and drawings by adding a well-known artist’s signature or manipulate a reproduction to make it appear as an original and post the forgery on eBay as bait for the unsuspecting investor.

In Australia, nine conflicting federal, state and territorial jurisdictions, lack of a proper catalogue raisonné for the work of most artists as well as a lack of a comprehensive register of fakes creates a fertile playground for crooks, forgers and ignorant collectors.

Australia is as yet to adopt a serious approach to art fraud.

CityNews - August 5, 2020
1
A healthcare worker at Canberra Hospital is frustrated after she had her car keyed while on night shift.