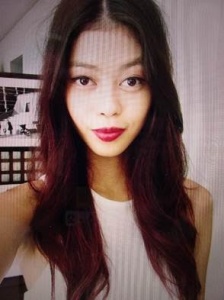 Kathleen from Gordon was found by search and rescue members about 10.25am this morning near the Cotter reserve area.

Kathleen went missing on Saturday 5 September 2015 when she was last seen in Chapman about 7.00am.

The search for the teenager immediately began, and has continued for the past seven days until this morning when she was found.

Police would like to thank the outstanding work of the SES, members of the public and the media for their assistance in locating Kathleen.

UPDATE: The ABC is reporting she was found after crashing her car into a creek:

One of the searchers told the ABC Ms Bautista crashed her car on Saturday on an unmarked road near the Cotter reserve, where it fell down an embankment into a creek.

Members of the SES found the car, but it was not until more respondents arrived did they see Ms Bautista’s hand raised on a nearby ridge.

It is believed she survived by drinking water from the creek, but did not have any food for seven days.

She was taken to hospital dehydrated and suffering from exposure.

FURTHER UPDATE: ACT Policing has released the above video from their press conference with this note:

In a fantastic result for all of Canberra, Kathleen Bautista was located at 10.25am this morning, after an extensive search operation was coordinated by ACT Policing, AFP Search and Rescue team, and the ACT State Emergency Service.

Kathleen managed to remove herself from the vehicle which was involved in a collision in the Cotter Reserve area, that rolled down an embankment. She was found several hundred meters from the car, when a member of the search and rescue team saw Kathleen’s hand raise in the bushland calling for assistance.

Kathleen’s father Ronnie Bautista said that he was forever indebted to everyone that was involved, and thanked the Canberra community.

Detective Sergeant John Giles of ACT Policing Criminal Investigations said that the moment when Kathleen was found was one of the best of his career, and today was a day that will never be forgotten by anyone involved.

ACT Policing would like to thank Vodafone Australia, the SES, AFP Search and Rescue, the community, and the media for their assistance in locating Kathleen. 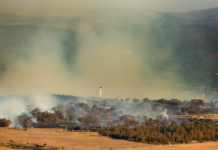 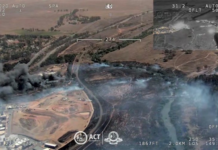 CityNews - January 18, 2020
0
STAFF have been threatened and cash stolen during an aggravated robbery at a shop in Narrabundah.