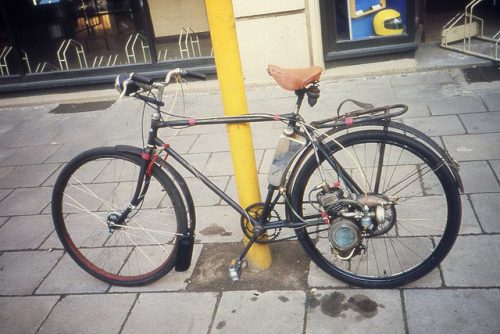 “It will now be an offence for drivers to consume alcohol while driving or supervising a learner driver.

“Allowing drivers to consume alcohol while driving is inconsistent with the “Drink or Drive” road safety message.

“This new law sends a clear message that there needs to be separation between drinking and driving and brings the ACT in line with most Australian jurisdictions.

“The Bill also bans the use of bicycles powered by an internal combustion engine from being used on public roads.

“As much I support people riding bikes, petrol-engine bicycles pose a serious road safety hazard. These bikes can travel at high speeds for which they are not designed. The failure of brakes or other safety components can pose serious consequences, and has led to deaths and serious injuries – including here in the ACT.

“The ban follows similar restrictions being implemented in New South Wales and Queensland and is strongly supported by ACT cycling community groups and retailers.

“These irresponsible driving practices have no place on our roads, and pose a serious safety risk to not only the drivers, but other road users as well.

“The legislation also makes a number of other amendments to the Road Transport Legislation Amendment Bill 2015.