GEOFFREY Atherden wrote his first episodes of “Mother and Son” in 1984 and there he was in the audience for opening night of this much-loved television series with his 2014 theatre version.

There was Maggie, Arthur and Robert onstage at the Canberra Theatre with all the technological contrivances to send Maggie (Noeline Brown) even more bonkers.

And with Arthur (Darren Gilshenan) finding a rather gorgeous romantic interest, Robert (Rob Carlton) up to no good with his hygienist and everything that can go wrong doing just that, you’re back in the mix that is “Mother and Son”.

The faces are different, but this little family grabs us pretty quickly as a team well able to deliver the never ending story of ageing, philandering and family dynamics that is “Mother and Son” and slips easily into the frustrating dynamic that is today’s technological nightmare and where dementia is touching us all.

But dear Maggie Skypes with her grandkids, finds companionship and conversation with all the call-centre callers and knows well how to pull the guilt strings when it’s advantageous. A fun night in the midst of federal political shenanigans. Even Laurie Oakes was there! 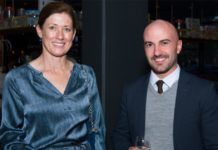 At the ‘Rugby Italia 90+1’ exhibition opening 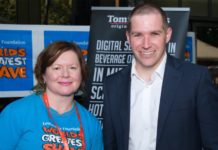 At the World’s Greatest Shave launch 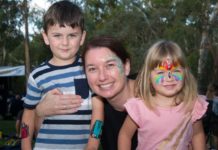