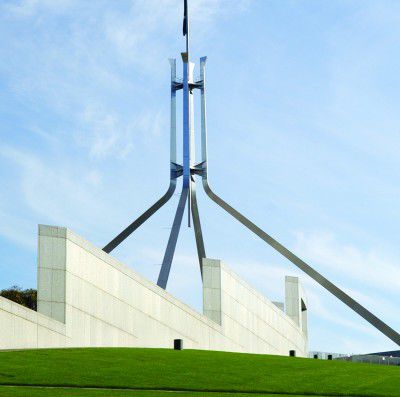 THE CANBERRA Anti-Racism Network is calling on all who oppose racism and bigotry to join the third rally against the anti-Islam group Reclaim Australia.

Anti-racist protesters will be assembling at 12pm on Sunday November 22 on the lawns of New Parliament House. The anti-racist demonstration is in response to a public gathering on the same day organised by Reclaim Australia, the anti-Islam movement which has previously attempted to hold public events in Canberra.

“Some of the central people involved in this anti-Islam movement are Neo-Nazis,” said Anna Dennis, a Canberra Anti-Racism Network member.

“Blair Cottrell, a leader of the United Patriots Front and supporter of Reclaim Australia, has called for portraits of Adolf Hitler to be hung in schools. One of the attendees at the Canberra Reclaim Australia rally will be Sherman Burgess, a high profile member of Cottrell’s group who has publicly called neo-nazi Cottrell ‘a natural leader’. It’s incredibly important that Canberrans show that these views are totally unacceptable.”

Burgess has also announced that he is planning to bring a pig to the Reclaim Australia protest, presumably in an attempt to insult Muslim and Jewish people who don’t eat pork.

The Canberra Anti-Racism Network is hoping for a large response from the Canberra community, showing that inclusion and equality are deeply held principles for the vast majority of community members.

“It’s important that we show that the overwhelming majority of people stand in support of the Muslim community and others who face racism and discrimination. Nobody should be judged because of the religion they follow or because of the colour of their skin” Anti-Racism Network member Dean Maloney said.

“Previous counter-protests have attracted the support of a large cross section of the Canberra community. High school students, pensioners, public servants, bus drivers, people from every walk of life have stood together to stop division and hatred from spreading. We hope that we can make that message loud and clear again on the 22nd.” he concluded.